In 1930, the Fascist régime led the celebrations of the bimillenary of Virgil's birth, which included both public events (unveiling of monuments, squares, memorial plaques) and academic initiatives (publications, conferences, lectures). As Mussolini said, Virgil was «the Poet of Empire and Country», who celebrated both Rome's greatness and imperial mission (in the "Aeneid"), and Augustan politics aiming to bring the Roman people back to the countryside after the Civil Wars (in the "Georgics"). The themes of «Country» and «Empire» naturally became the core of the political meaning Fascism gave to the bimillenary, while the Academics' role was to highlight in their work the similarities between Augustan Rome and Fascist Italy, thus providing a strong cultural basis for the Fascist interpretation of ancient history and literature: according to this view, the return to the countryside praised in the "Georgics" paved the way for the «ruralizzazione» of Italy that Mussolini was spearheading in those years, while the celebration of Rome's imperial supremacy in the "Aeneid" was read under the nationalistic light of the primacy of modern Italy over other nations. 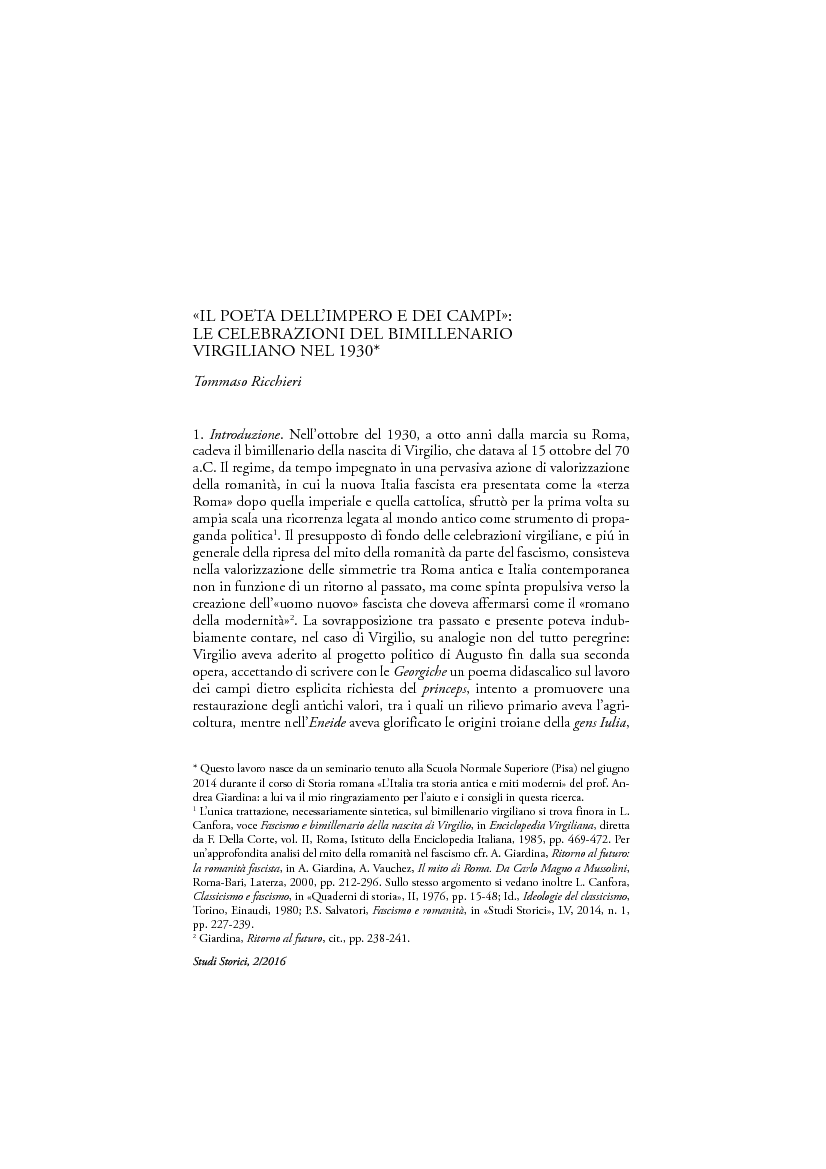