In the Republican period, the new democratic State overturned the conditions of marginalization experienced by the South in the liberal age, and especially during the Fascist regime, which had increased the gap between the country's north and south. "Associazione per lo sviluppo dell'industria nel Mezzogiorno" (Svimez) and, above all, "Cassa per il Mezzogiorno" were very important tools in promoting and directing State intervention for the modernization of southern Italy, and, in this, joining the work played by Iri (Istituto per la ricostruzione industriale). The recent book "La dinamica economica del Mezzogiorno". "Dal secondo dopoguerra alla conclusione dell'intervento straordinario", published by Svimez itself (Bologna, il Mulino, 2016), confirms the role as driver of growth exercised by State intervention in the economy, which since 1950 has favoured the process of convergence between north and south. Similarly, since the second half of the 1970s, the crisis of that approach, favoured by tendencies of localism and clientelism, has created the conditions for the gap to widen once again. 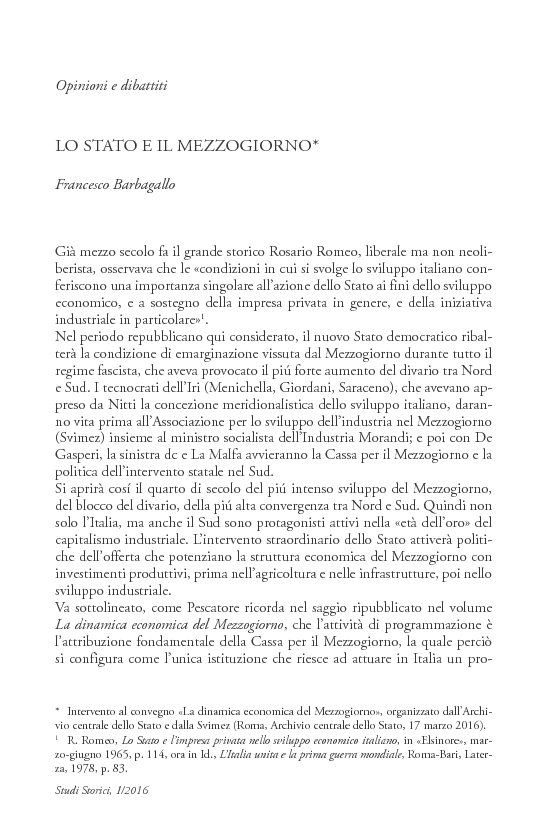