This study focuses on the case of Leopoldo di San Pasquale, an Augustinian friar who had been tried in Naples in 1757 by his brethren on charges of financial fraud, heresy and sexual immorality. He claimed to have been buried alive, accusing his superiors of subjecting him to a series of inhuman cruelties. The whole corpus of texts produced after the chosen event/case study (with the explicit or implicit aim to give an account of the «fact») has been taken into consideration, in order to reconstruct what lies «inside» and «outside» these writings, and to understand the social and cultural use people made of these texts. Although they were not only aimed to inform, and they probably had little to do with political reality, they still conveyed a political message and a general view of politics. They reveal the richness of a world permeable to the circulation of conflicting beliefs and ideas on religion and morality. At the same time, they testify to the movement of words, metaphors, themes, images, and practices which shift from the elite to «popular» culture and vice versa. 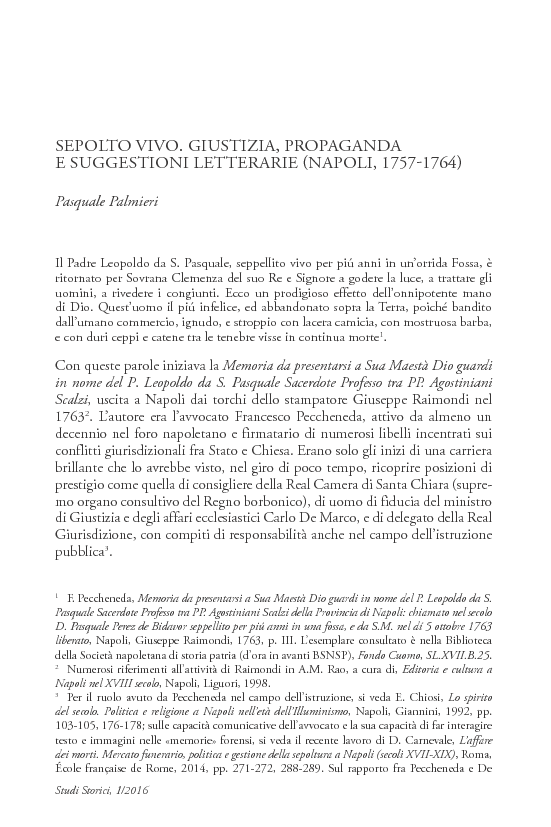