In 1879, a draft law on child and women's labour was sent by Italian Prime Minister Benedetto Cairoli to the Kingdom's prefects, with the aim of gathering opinions about that project from local bodies, workers' and manufacturers' associations, and the country's most prominent factory owners. The main sources of the draft were the public and privates inquiries into working-class conditions in factories and mines conducted during the 1870s, and comparative research on similar laws in force in other European countries. The draft law established a minimum age to be admitted to work in factories and mines; it reduced working hours under a certain age, and prohibited dangerous, underground and night-time work for children. The majority of questioned bodies and people responded, and all the recommendations were published in a governmental review. In this way, a large summary of different opinions is available: while the majority of factory owners expressed strong opposition to any legal limitation established for younger workers, the government draft (which was enacted into law six years later, in 1886) was supported by a portion of the local bodies, mainly the local health councils. 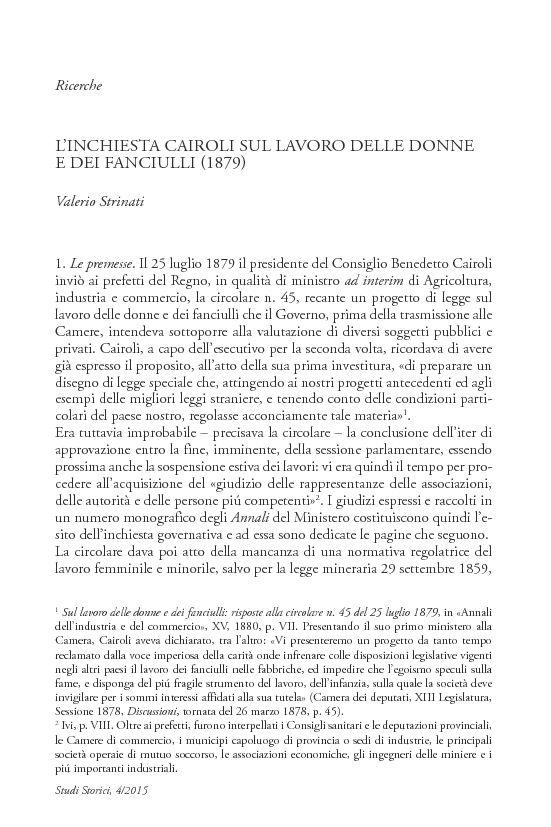