The essay describes Marisa Mangoni's long participation in the life of "Studi Storici", starting with the redefinition of the magazine's tasks in 1982-83. Since then, the scholar, already known for her contributions on Gramsci, joined the magazine's editorial staff, where she would remain until the end. In 1988-89, Marisa Mangoni also took an active part in conceiving the project that resulted in "Storia dell'Italia repubblicana" published by Einaudi, to which she contributed an important essay entitled "Civiltà della crisi. Gli intellettuali tra fascismo e antifascism". For the next twenty years, Mangoni was to continue to offer her valuable contribution to planning the magazine, with an ever-present wealth of proposals and subtle analysis. 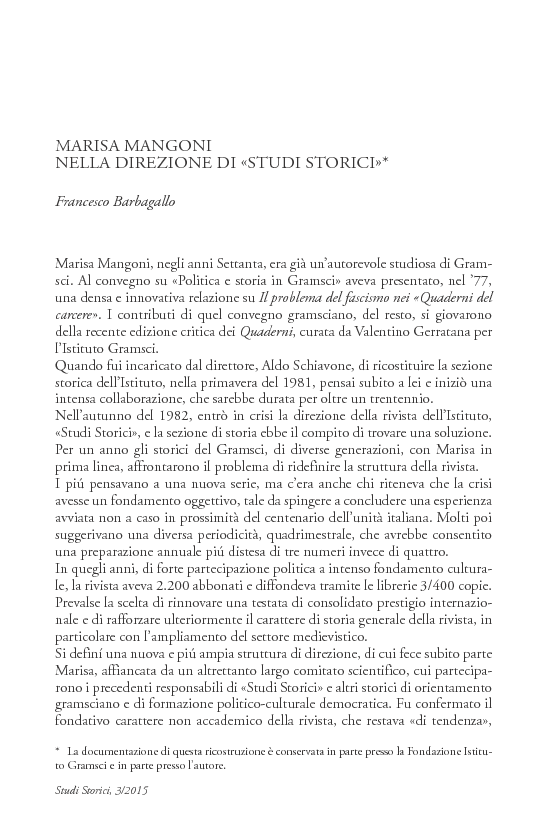