This essay examines Luisa Mangoni's studies on the history of Italian intellectuals and of cultural organization in the 1900s. The common thread is the "partito intellettuale", according to a definition provided by Giovanni Papini in 1902. From the turn of the century, intellectuals were not limited to being merely writers or artists, but rather became organizers of culture who used new instruments to spread their work, gave life to journals and publishing houses, and expressed their opinions on social and political issues. The complex relationship between intellectuals and politics and the events in the various fields of culture are at the centre of important texts written by Luisa Mangoni, dedicated to the journals of the early years of the 1900s, to fascism and the second post-war period ("L'interventismo della cultura. Intellettuali e riviste del fascismo", 1974; "Civiltà della crisi. Cultura e politica in Italia tra Otto e Novecento", 2013), and to the Einaudi publishing house ("Pensare i libri. La casa editrice Einaudi dagli anni trenta agli anni sessanta", 1999). 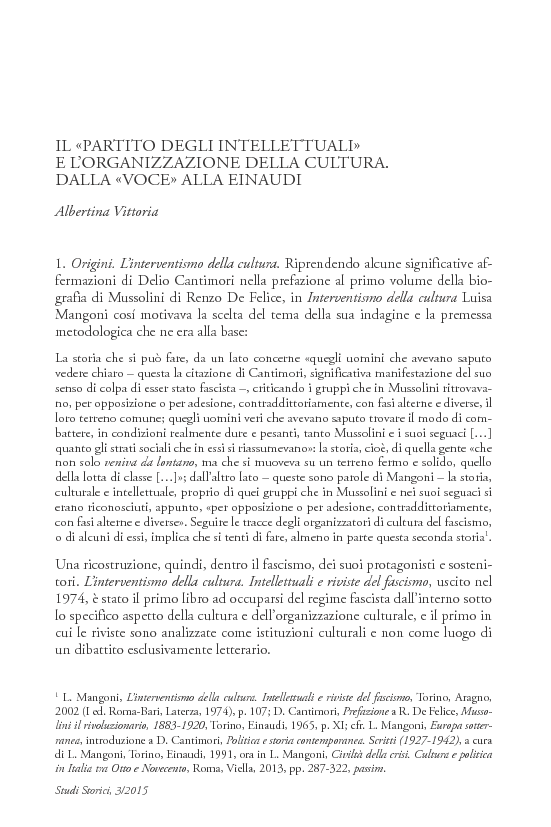