In 1852, when Cavour became Prime Minister of the Kingdom of Sardinia, many bankers proposed to him the founding of mortgage credit bank. Since Cavour's experience and competence in financial matters were well known in the international arena, it was reasonable to expect significant innovation on Piedmont's banking landscape. Unfortunately, the various projects submitted by French, Italian, and Swiss bankers were rejected, because Piedmont's legislation was lacking in that field, and the local economy could not sustain institutions that required long-term credit. The mortgage credit bank was only to come into being after the Unification of Italy. Cavour also dealt with another branch of credit, changing the statutes of Turin's bank of trade and industry (Cassa del Commercio e dell'Industria di Torino) with the support of James Rothschild, and launching Piedmont's first industrial credit bank in 1856. This institution had a troubled existence: the sudden death of Luigi Bolmida, its director, and some high-risk investments which were settled in fixed assets, brought the industrial credit bank to the brink of bankruptcy. A heavy reduction of capital by 40 to 10 million lire was inevitable. The difficulties encountered demonstrated the vitality and the limits of Italian finance, which was at any rate to play a leading role among the Kingdom of Italy's first lenders. 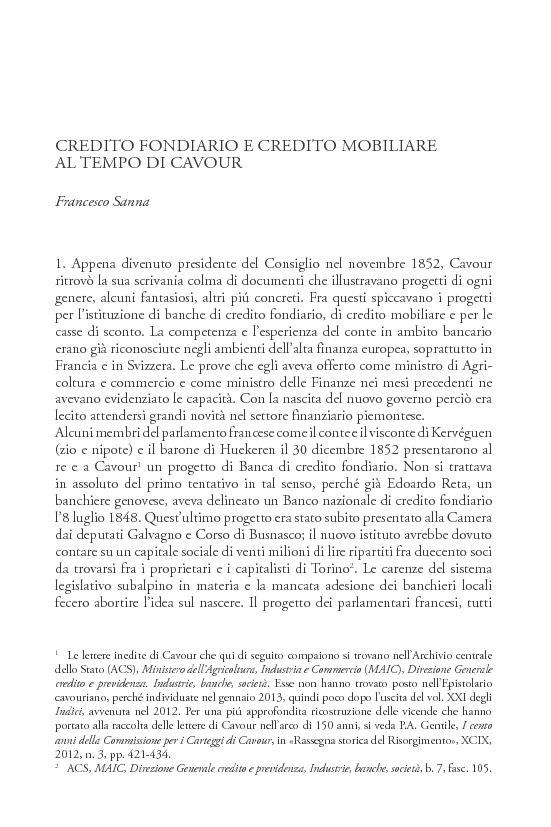