This essay sheds light on a rebellious act which can be identified as a case of proto-Jansenism in the Venetian Republic in the late eighteenth century. The starting point was a trial mounted by the State Inquisitors in Conegliano (diocese of Ceneda): some members of the low clergy, others from the popular class, and Bishop Pietro Antonio Zorzi were involved. In that context of pressing religious needs and social demands for change, all taking place in the atmosphere of the French Revolution, the dynamics and balance of powers inside local churches, as well as the bishoprics' role in influencing civil government and ruling the communities, may be seen. The case presented in this work regards the dispute over a heterodox catechism introduced in the diocese of Ceneda, revealing the existence of a tendency towards Jansenism; however, this was not so much a matter of theology and doctrine (so lively in the Venetian area), since there were political and social overtones related to the policies of Bishop Zorzi, who was certainly attempting to model himself after Scipione De Ricci. The Jansenist movement was nevertheless destroyed by the repressive machinery of the State. 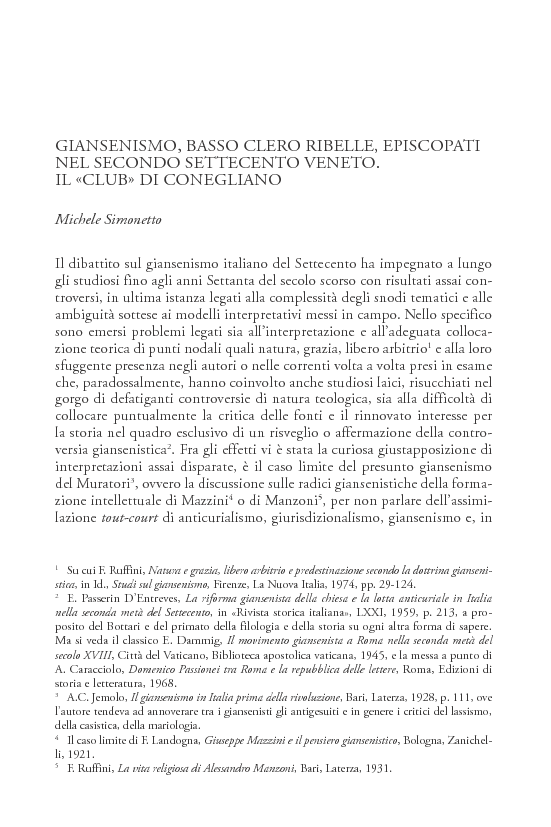