Autonomy and freedom have been leading concepts for the historians of late me¬dieval towns of the Kingdom of Naples, since their model of political development was the communal independence of northern Italian cities. This essay analyses the reasons and paths of this cultural tradition for the city of L'Aquila, one the most important in the Kingdom. The idea of freedom was constitutive of urban identity since the town's foundation in the mid thirteenth century. But liberty had to be reached through submission to a monarchical power, seen as a superior guarantor. Despite that, after the fifteenth century historiography created a global vision of L'Aquila marked by richness, military power and antimonarchical feelings, based upon two impressive revolts in the 1460s and 1480s. An in-depth analysis of some Renaissance historians reveals that other specific elements were underscored to point out the nature of L'Aquila, such as the leadership of the Camponeschi family and the political attitude towards the papacy. These views have been often recalled by modern historiography in simplistic ways, feeding the idea of a "de facto" autonomy. The systematic study of the sources leads instead to focusing on different leading concepts, such as negotiation, plurality of local powers and the persistent idea of freedom under a sovereign. 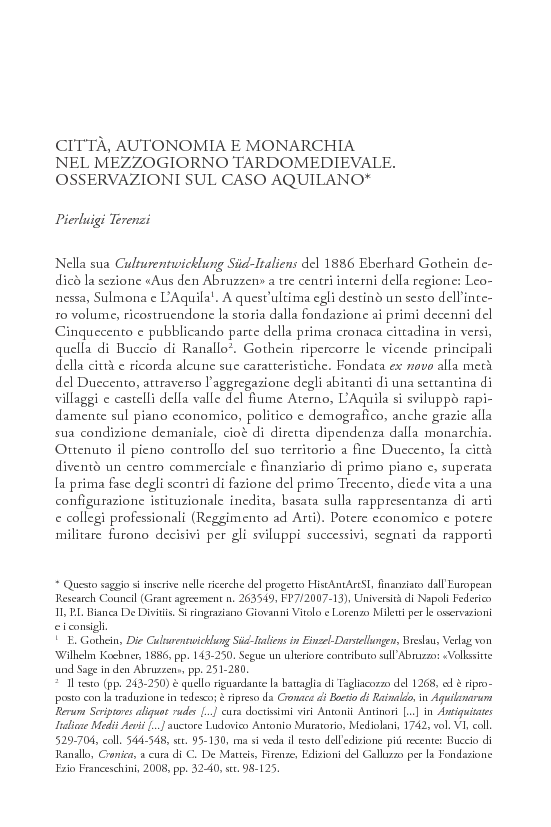