Medieval themes and symbolism featured heavily in the public discourse during the First World War. The case of Italy, however, is somewhat unique since the prevalence of medievalism was much lower than that of the other belligerent nations (as discussed in the previous essay - "Medievalism and the Great War", in «Studi Storici», 2015, no. 1, pp. 49-77). Medievalism - a key mythical driver for political culture during the Romanticism of the nineteenth century - only played an important role in Italy for the Catholic Church, which saw medieval civilization as a role model for contemporary society. To the contrary, the values of the Middle Ages were refuted in or even absent from the rhetoric of the times. Indeed, Futurism frowned upon anything resembling «traditionalism», the celebration of Italian unification (the Risorgimento) created new contemporary heroes, and there was a resurgence of the myth of Ancient Rome, calling for a new united and powerful nation. 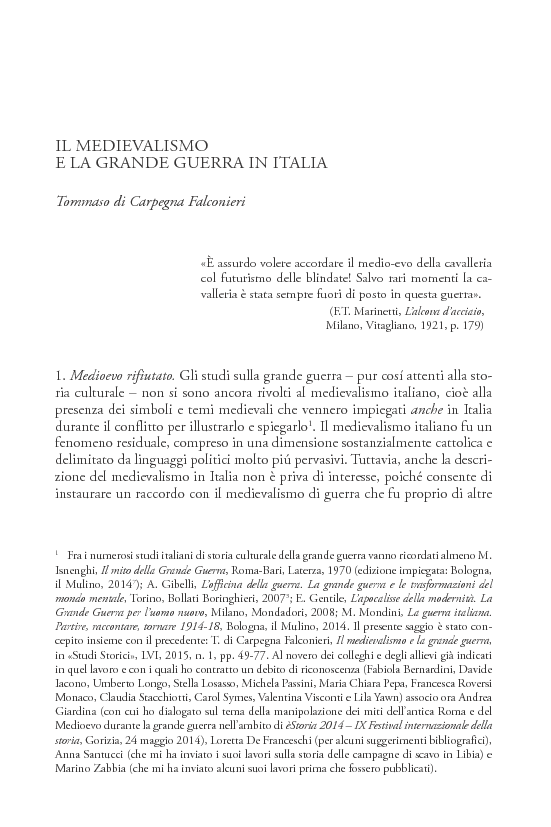