Taking Alberto Moravia's famous novel published in 1951 as a point of departure, the article discusses the never-settled relationships between literature and historiography. Inspired by the murders of the Rosselli brothers in 1937, the novel delivers only one of the very many genres we make use of in our continuous efforts to grapple with the past - and, in this case especially, with the Fascist past. Although literature and historiography derive from a common storytelling experience, they both have their distinctive approaches to the historical past. In short, "The Conformist" outlines the story of a young man who makes a career as a secret agent in the 1930s. With the well-known literary technique of «stream of consciousness», the novel explains how the protagonist seeks the kind of abnormal normality that the Fascist regime offers, without being forced to do what he actually does, including his complicity in the murder of an exiled anti-Fascist professor. The article argues that historiography is not a subdivision of literature, as some theorists in the field of historical research believe. On the other hand, however, literary fiction does not necessarily imply a denial of historical reality. Rather, it presents itself as historiography by other means, thus showing us its ability to question or reconsider our cultural memory. 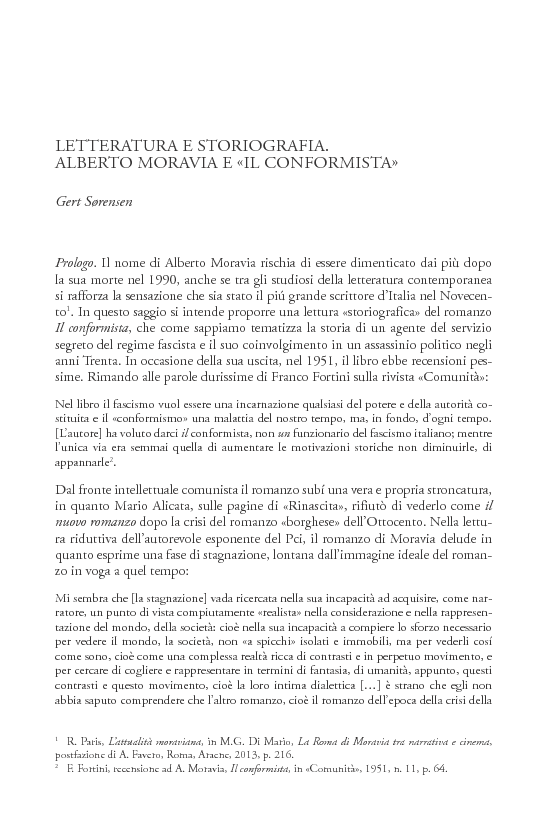