Historians and archaeologists continue to engage in a lively debate, in which the Italian regional areas play a leading role, on the Mediterranean during the «long eighth century». Studies by Horden and Purcell, McCormick, Wickham and Delogu, are compared with the results of the latest archaeological and numismatic research on «globular amphorae», Comacchio and «Upper Adriatic» emporiums, monetary circulation and the "mancuso". The Byzantine space and Sicily emerge as essential keys to understanding the «connectivity» in a Mediterranean world segmented into regional clusters. On the other hand, the debate's constant revival stems not only from the continuous production of new empirical «data», or from the diversity of analytical tools, but from epistemological differences and the different gnoseological objectives pursued by the leading figures. 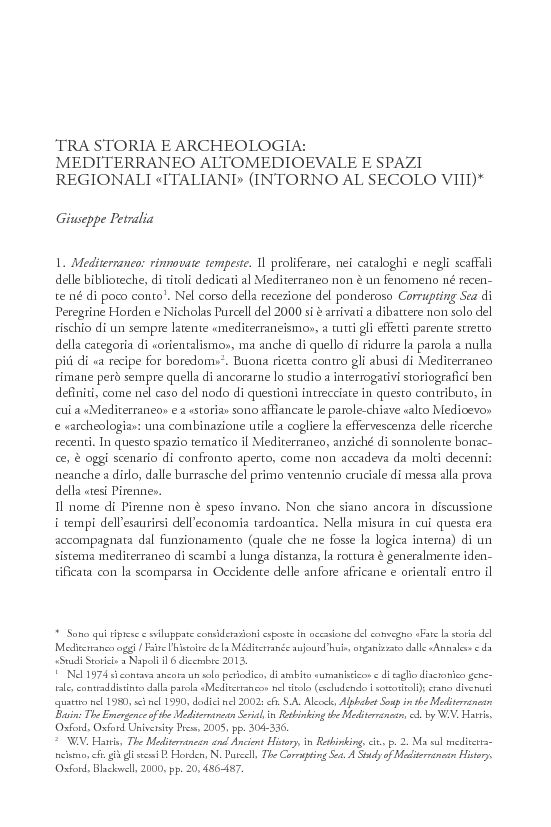