Following a large number of studies on inequality, and relying on a unique collection of data from twenty countries, the work of Thomas Piketty, "Capital in the Twenty-First Century", explores the fundamental dynamics that have been driving the accumulation and distribution of capital since the eighteenth century, arguing that neither economic growth nor the spread of knowledge have modified the deep structure of capital and its intrinsic tendency to generate inequality. In reviewing Piketty's book, the author contends that French economists waver between two different approaches, one of which consistent with their neoclassical background, and the other with their attempt to bring political, social and cultural factors (and, more generally, power) into a much broader analytic framework, where capitalism figures as a historical system. This uncertainty becomes even more evident as Piketty underestimates the role and meaning of financialization over the last forty years, and the way it has reshaped both the pattern of accumulation and the power relations between labour and capital. Lastly, the author emphasizes that the worrying prospect of a return to nineteenth-century patrimonial capitalism - about which Piketty warns us - is paralleled by political and institutional processes that undermine or erode the modern forms of democratic accountability. 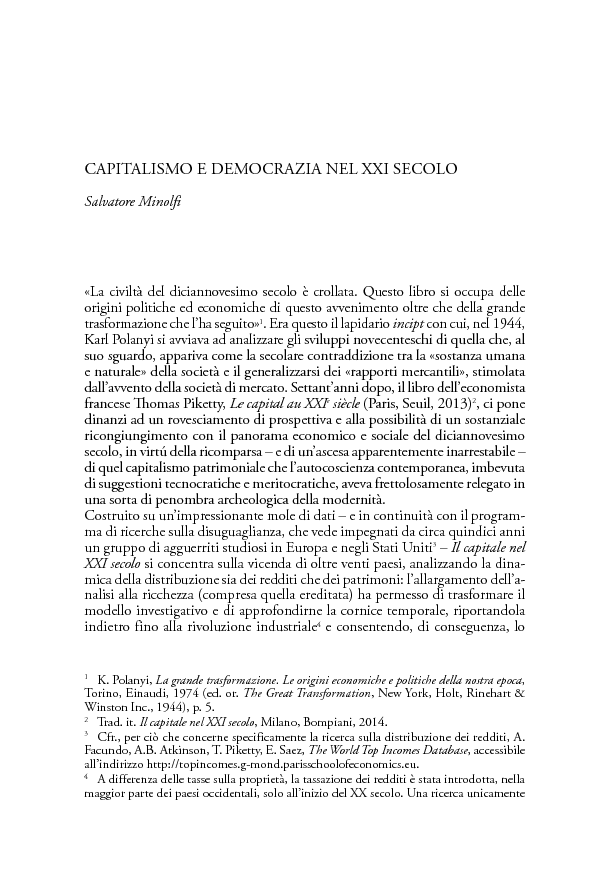