Given the great number of different situations and solutions that emerged down through the centuries, the attempt to interpret, sub specie pastorali, the Mediterranean's last millennium, is an ambitious enterprise. This critical note offers an articulated reading based on the papers gathered in "La pastorizia mediterranea. Storia e diritto (secoli XI-XX)", edited by Antonello Mattone and Pinuccia F. Simbula (Roma, Carocci, 2011), dedicated mostly to the Italian and Iberian peninsulas. The focus is on six themes: the pastoral life and the clash between shepherds and peasants; the organization of pastoral spaces as a need of local communities; the rise of the modern State and its effects on pastoral activities; institutionalized transhumances: the case of the "Dogana della mena delle pecore" in Foggia; signs on the land and economic growth; Sardinia, kingdom of sheep. 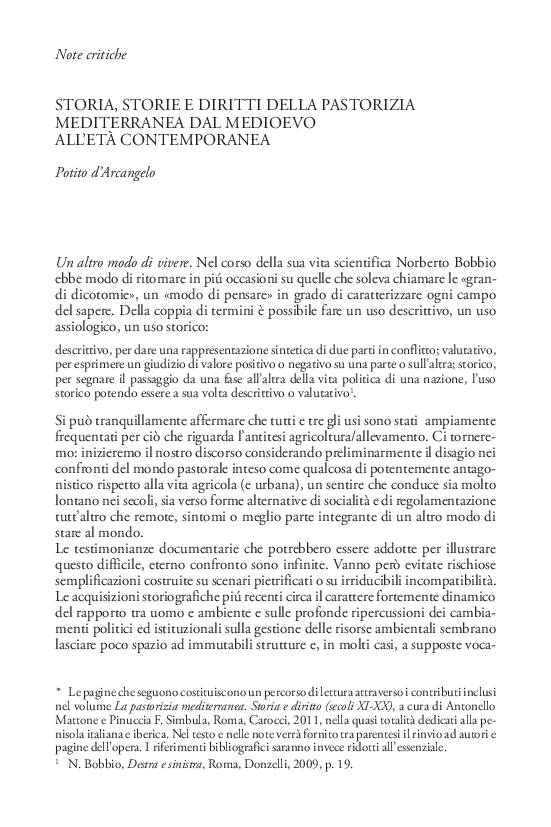