As a political man, Moro was to personify better than others the cleverness of dialogue and cooperation among the fundamental political cultures of Italian democracy. There were two limitations on democratic participation in Italy: resistance to the antifascist revolution, and the fact that democratic culture failed to penetrate our country. Moreover, a bitter Cold War characterized the relationship between the two main political ranks. Central were Aldo Moro's role in the Constituent Assembly, the three governments that he led, his opposition in the Catholic Party after 1968, the crisis of the 1970s, and the political choices of the Dc and Pci. Moro, as his friends were to say, the moment he was abducted, was already sentenced to death. 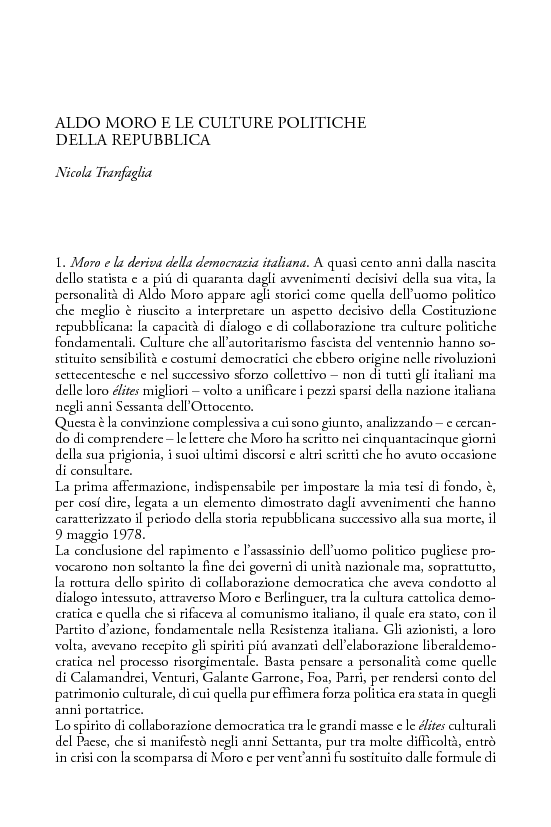