From his early years to the 1940s, Angelo Tasca, who had quickly acquainted himself with French culture and would later even become a French citizen, dedicated much thought to French socialism, which he always considered of great importance. His approach to this question, however, changed significantly during the period, reflecting the evolution in Tasca's thinking, especially about Marxism, in the 1930's. Having started with the idea that the study of the French socialist tradition could enlighten the genesis of Marxism and was thus interesting mainly as a forerunner to this more developed approach of socialism, Tasca soon began to take an interest in French socialist thought for its own sake, discovering its richness and consistency. He found in Fourier, Blanqui or Jaurès kinships with his own ideas and an answer to some facets of Marxism that he progressively rejected: he drew an opposition between its idealism and Marxist determinism, saw in it an alternative to state socialism, and preferred its quest for universalism over the exaltation of class war. It gradually supplanted Marxism as an inspiration for a renewed contemporary socialism. 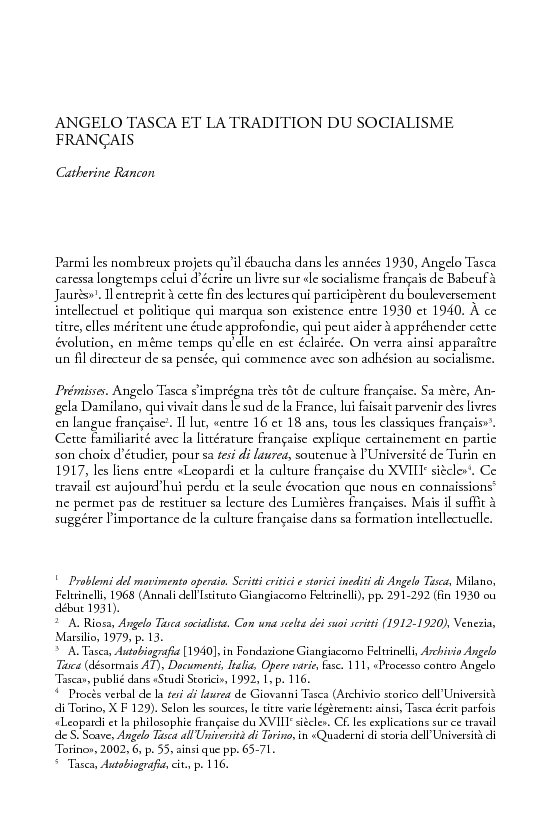