This article discusses the reception of Renzo De Felice's work in Italian historiography in recent years. In particular, the author discusses the opinions that arose after De Felice's passing and the publishing of his last book about Mussolini. Indeed, the reviews published at these two times show a synthesis between some of the main interpretative trends that have become widespread since the 1970s, and those that were to dominate the debate in the years to follow. The article shows that even today, De Felice's work remains difficult for many Italian historians to truly understand. In the author's opinion, a sort of traditional, preconceived position, both for or against De Felice's work. still persists in Italian historiography. But, above all, a new historiographical conformism has spread that, while paying many generic tributes to De Felice's research, deletes all the methodological and interpretative differences. In this way, De Felice's work ends up being decontextualized, simplified and trivialized. 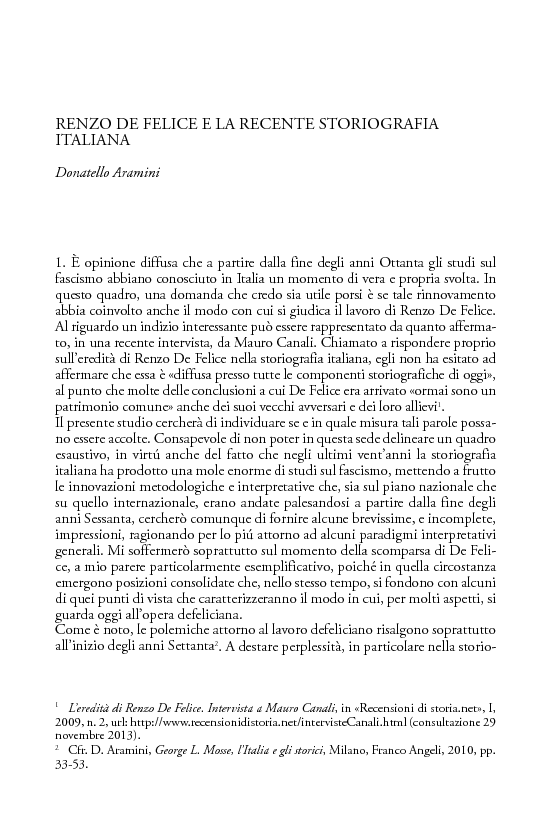