In the early 1990s, the opening of a new phase in the scientific debate on Fascism coincided with the start of the first broad historiographic debate devoted to postwar Italian history. This article takes into consideration and analyses the relevant connections, links, and influences existing between these two fields of study. It focuses especially on the lively and sometimes heated debate revolving around the problem of the Italian nation and Italian identity, which took place during the 1990s, just after the end of the Cold War and coinciding with the crisis of the so-called First Republic. Many of the most prominent Italian historians were involved and, mainly due to a widespread atmosphere of crisis, the debate had a significant impact upon public opinion as well. In particular, the article takes into account the four most significant paradigms that emerged during those years: the «death of the fatherland» (Ernesto Galli della Loggia); the crisis and the fading of the State and of the nation as the main unifying categories in the Italians' political culture (Renzo De Felice and Emilio Gentile); «constitutional patriotism » (Gian Enrico Rusconi and Pietro Scoppola); and interdependency, modernization, development, and crisis of the nation (Giuseppe Vacca and Franco De Felice). 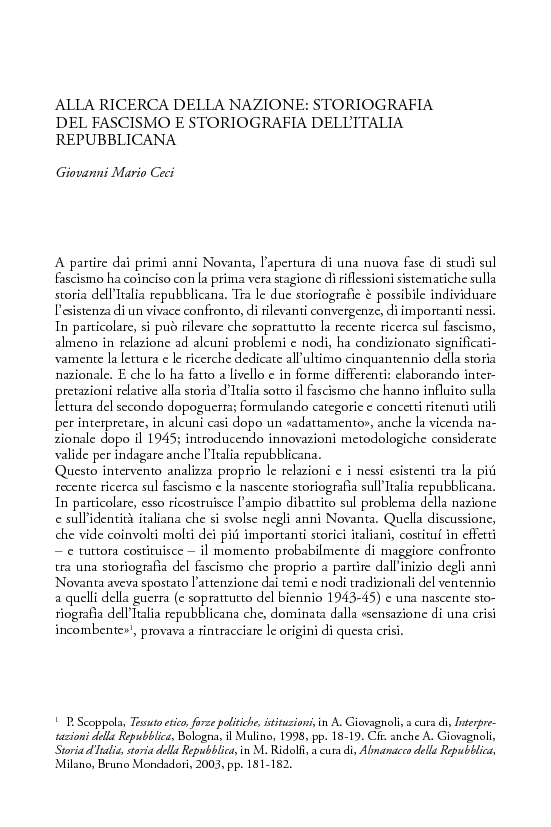