The myth of «Romanity» was a fundamental aspect of Fascist propaganda and ideology. However, in Italy, scholars began to investigate this theme as an object worthy of historical interest only from the mid-1970s on. There appear to have been two main bursts of historiographical interest: one occurred in the years immediately following 1975, while the other, which began in the mid-1990s, is still ongoing, although its progress has been discontinuous. It is ancient scholars who started the debate, and on both occasions it mainly involved ancient scholars and scholars in disciplines not directly connected to contemporary historiography. Over the past few years, historians of the contemporary age have played a crucial role in the study of this phenomenon, but ancient scholars have put their stamp on the debate, and this is a significant aspect that requires special attention. 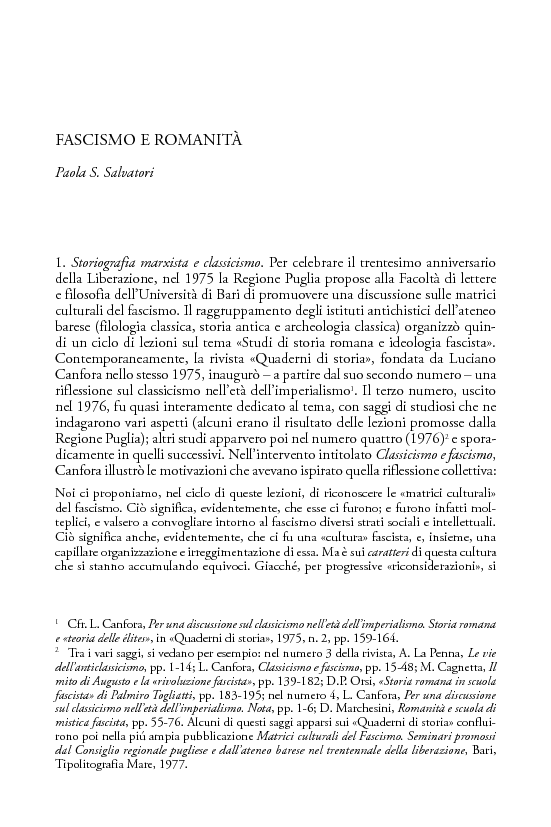