This article attempts to explain how legal history has painted the relationship between fascism and juridical culture. First and foremost, the problem of the authors is considered, given that, for many years, the history of legal culture was written not by law historians but by scholars of current law. Secondly, the article evaluates how the historical works conceived two different expressions of legal culture during Fascism: on the one hand were the so called «regime jurists» - which is to say jurists who agreed with the fascist idea of totalitarian State, and who made their contribution to focus on the juridical boundaries of that idea; on the other hand were the so called «technical jurists», namely the jurists who continued, throughout the fascist age, to use the theoretical instruments typical of the prior liberal legal order. 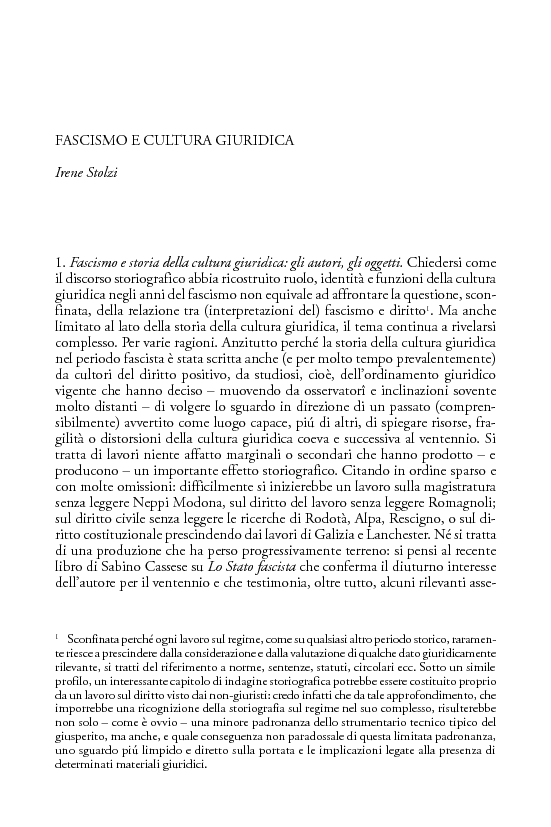