The relationship between the history of Fascism and the history of the professions in Italy over the past three decades can best be understood by retracing their paths in parallel. The history of the professions is, in fact, a «young» discipline, born in the late 1970s in the context of social history (especially in Germany), and was long affected by sociological analysis. As an initial step, studies focused on the nineteenth century (in particular on the bourgeoisie). Only since the mid-1980s and especially in the 1990s have they highlighted some important links with the historical reflection on Fascism, with particular regard to the controversial category of «consensus». Nowadays, in a new and different historiographical, cultural and political context, research on Italian Fascism and that on the professions (more or less characterized by a deep process of social transformation) appear to have parted again. 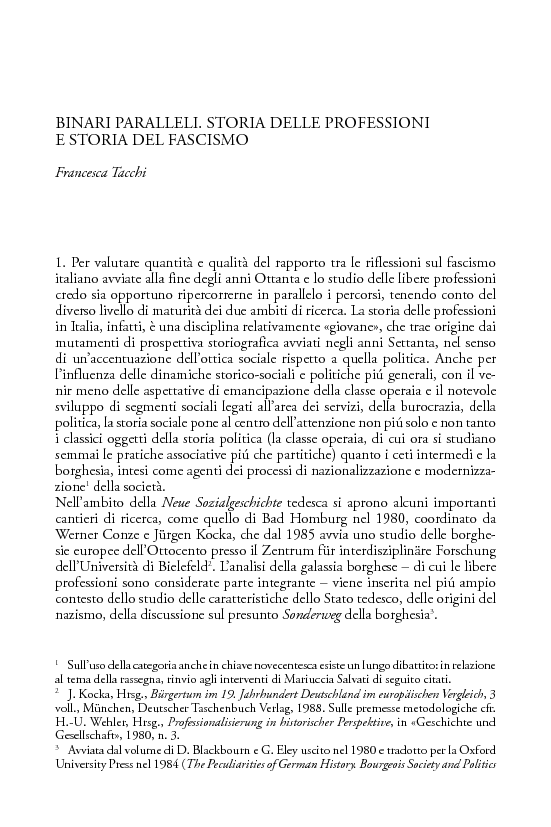