This essay traces the historical debate over the nature and limits of the tecnica modernization carried out by fascism in the 1930s. After being considered simply as a backward, authoritarian regime, the agricultural policies of fascism began to be seen as a significant step forward in the Italian economy's industrialization process. In this context, the era of land reclamation projects was closely linked to the affirmation of agrarian fascism. Development, democracy and social conflict were the three main aspects of the historical discourse. Between the 1970s and 1980s, the technicians of fascism became the subject of specific studies, which highlighted the strategic role these figures played. During that period, studies on fascism were also attempts to answer the most profound questions about the characteristics of Italian unification. Over the years, as the century drew to a close, the long-term analysis broke up into different approaches, with an eye on agriculture that came closer to under standing the environmental profiles than political and technical ones did. 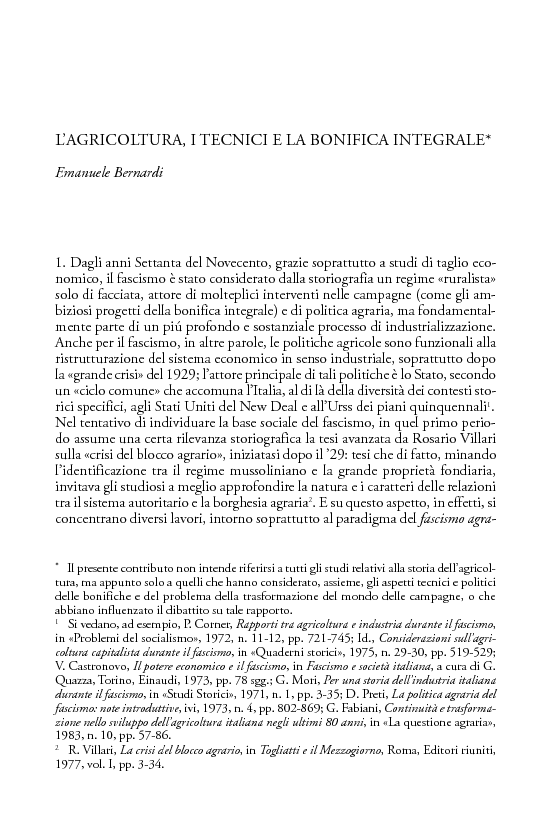