The question of the political unity of Catholics was at the centre of debate starting from the Second Vatican Council, when an important part of the Catholic world began to conceive of the possibility of not voting for the Christian Democrats. Later, in 1976, a group of Catholics decided to appear on the electoral rolls of the Communist Party, while the experience arose in the Catholic world of the Democratic League, a movement composed of believers often critical of the DC. The Catholic Diaspora began in earnest after 1989. In 1991, in fact, on a greatly changing Italian political landscape, the "Rete" movement was born. The origins of this movement lay in the experience of the "Palermo Spring" of the 1980s; its main figure was the Catholic Democratic mayor Leoluca Orlando. "Rete", however, was not a Catholic project, as a variety of political experiences converged in this movement. The movement's leaders, in fact, were Orlando, Nando Dalla Chiesa and Diego Novelli. In this experience's few years of existence, "Rete" attempted to renew Italian policy and impose the values of morality as Italy was shaken by the events of the "Mani Pulite" ("clean hands") scandal. 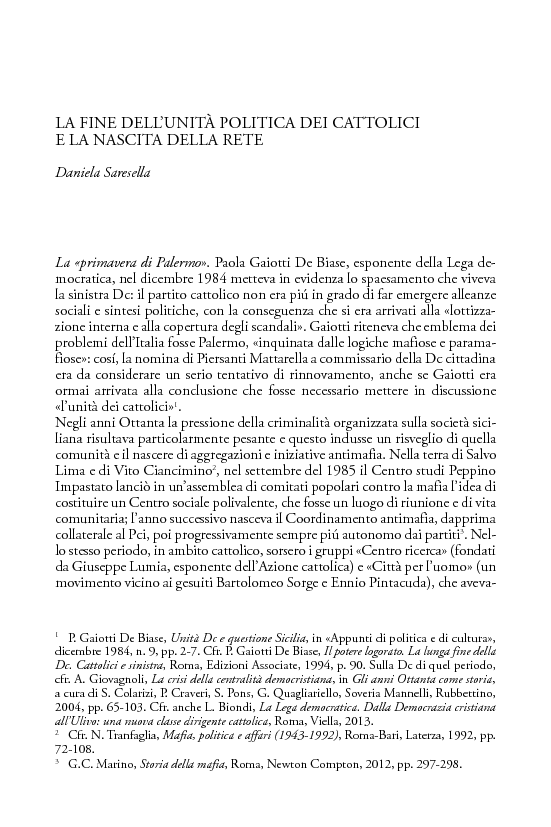