In July 1937, the British government, unable to stop the Arab national revolt, played the card of Palestinian partition, a suggestion put forward by the Peel Commission of Inquiry. It proposed the division of the region into three different areas: an Arab State, a Jewish State and a zone under British rule. For the first time, the idea of Palestinian partition officially entered the political debate. This article analyzes the reactions of both the Italian government and of the Vatican Secretariat of State to such a proposal. From the Holy See's point of view, there were two priorities: safeguarding the Catholic communities and the Holy Places; and appearing independent of all nationalistic claims and of those of the Italian government in particular. For this reason, the Holy See rejected the Italian idea for a common action to defend Catholic institutions, showing instead the desire to reinforce its collaboration with the British administration. It is interesting to analyze the Vatican's attitude towards the Peel Plan, not only as regards the Palestinian setting, but also in order to understand the changes in European relationships. 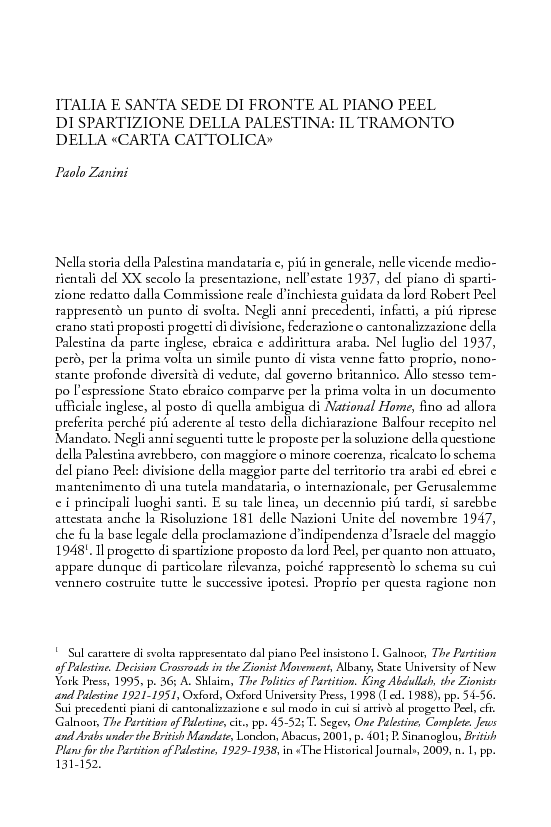