The crisis of the Italian Republic became decisive in the second half of the nineteen-seventies, when it abandoned the formula of the Center-Left government and attempted collaboration between the two major parties: Aldo Moro's Christian Democracy and Enrico Berlinguer's Communist Party. However, in the seventies and eighties, the crisis also favored, through the initiative of such major political leaders as Craxi and Giulio Andreotti, the rise in business (and, eventually, also in politics) of a skilled and intelligent figure like Milan's Silvio Berlusconi. In just a few years, Berlusconi had managed to become a major seller of apartment buildings and residential neighborhoods and, above all, a remarkable advertising and private media entrepreneur. In the eighties, Berlusconi, through the broadcast of soap operas from the United States and Latin America, managed to gain a Â«cultural hegemonyÂ» among Italian families, women and the elderly and among young people as well. 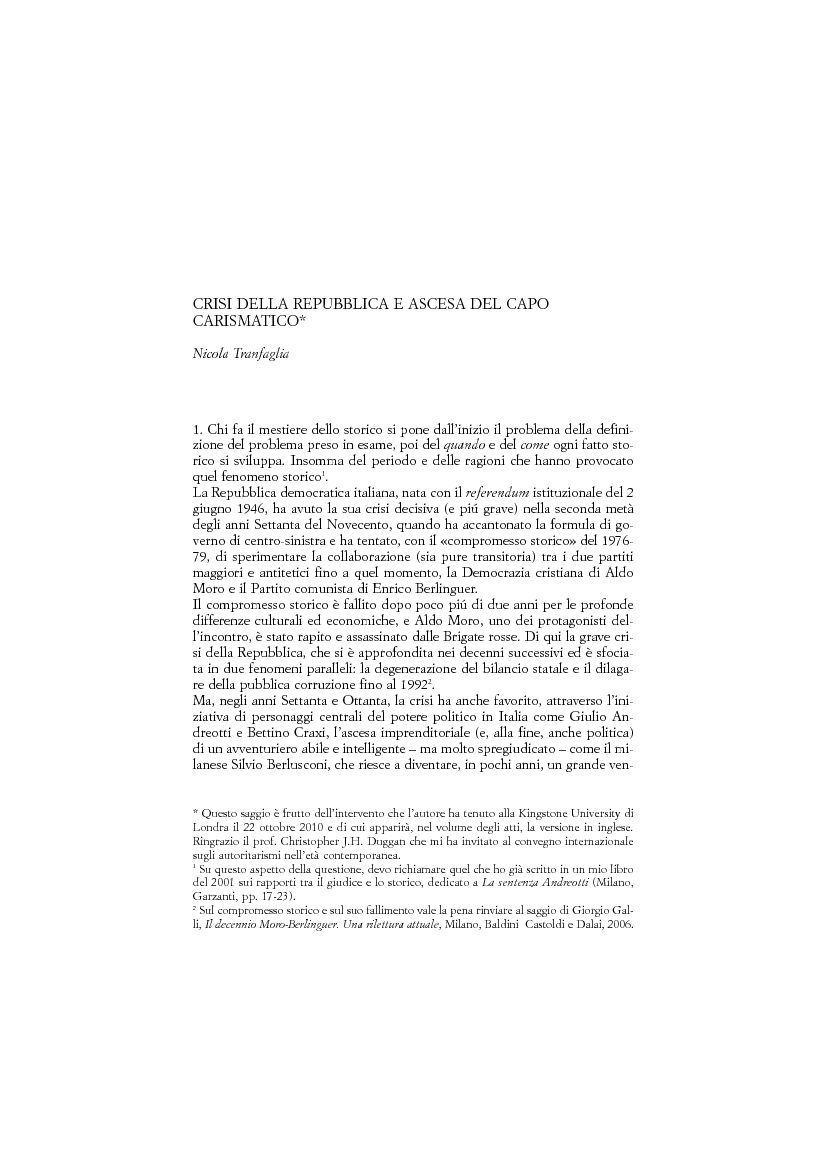