This article examines the role of the Italian Social Republic (Repubblica sociale italiana, Rsi) established by Mussolini in northern Italy in September 1943, after the fall of the Fascist Regime in July in the most cruel crime committed by the European fascisms during World War II: the massacre of Jews, members of ethnic minorities, political opponents, and others in the concentration camp system throughout Europe. In collaboration with Brunello Mantelli, the author is responsible for a research project, sponsored by the University of Torino, on deportation during World War II. The article focuses special attention on the issues of the deportation of Jews and political opponents from Italy, and the organization of the Italian camps. 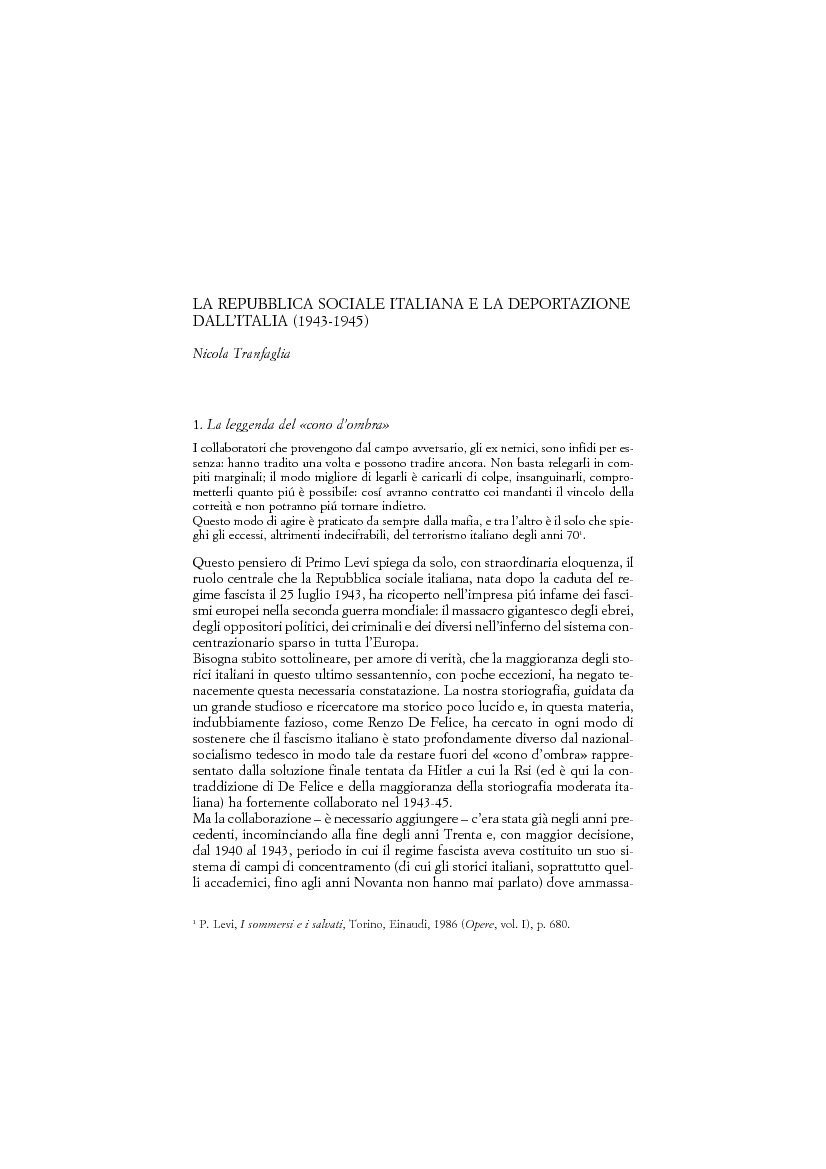