This essay analyzes Garin's contribution to «Belfagor», the review founded by Luigi Russo in 1946 and directed by him until his death in 1961. Over those 15 years, Garin, a professor of the History of Philosophy at Florence, contributed to the acerbic publication articles on Renaissance thought, portraits of such humanists as Marsilio Ficino and Leonardo da Vinci, and a large number of reviews. This article focuses especially on contributions the philosopher made to the critical knowledge of Italian culture between the two World Wars. The dialogue with Russo – who during his lifetime went from juvenile Gentilianism to Crocianism, and then from idealism to «heretical» Marxism – gave Garin the opportunity to revise an important page of our culture and, at the same time, figures like Croce and Guido De Ruggiero. Again, «Belfagor» was the first Italian periodical that gave space to reflections on Garin's activity as philologist, historian, and philosopher. 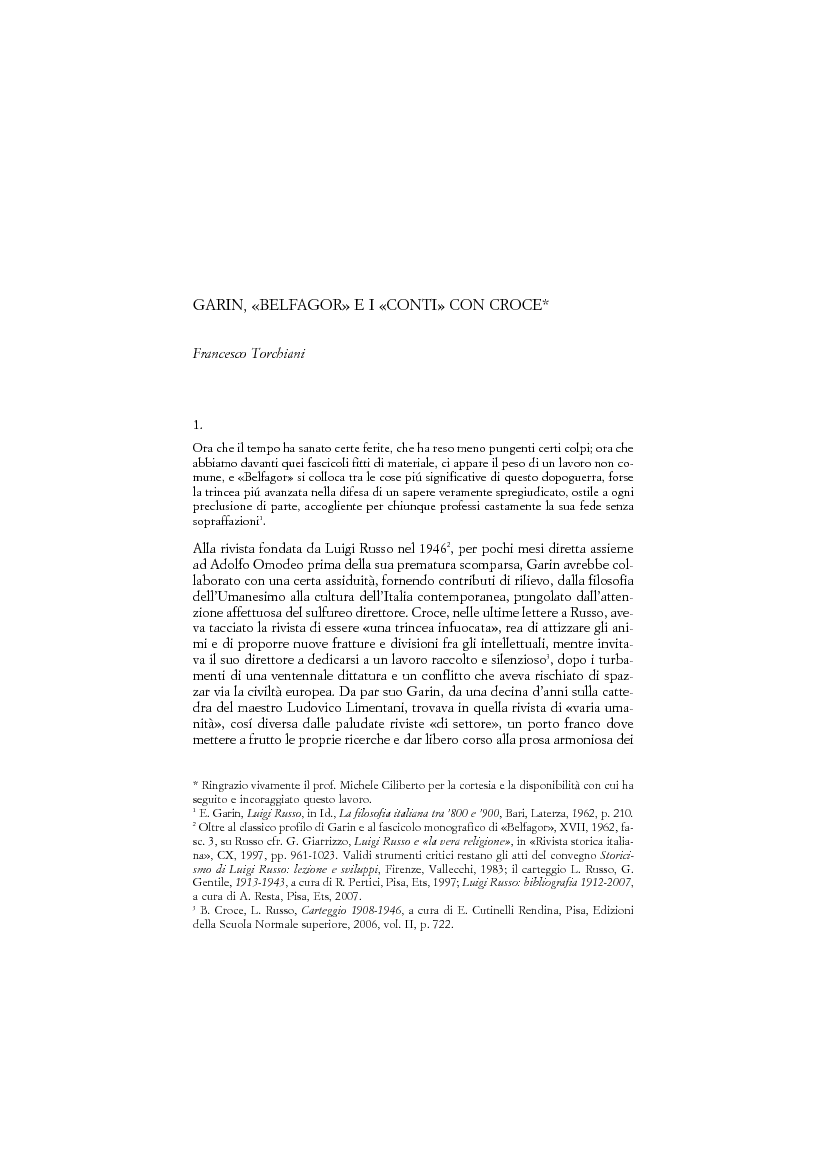