Over the course of the fourteenth century, the office of the mestre racional (accounting master) – the main accounting office of the Crown of Aragon – experienced a significant development, resulting in the establishment of clear rules about its operation, as described in the ordinances of Peter IV of Aragon (1336-87), called the “Ceremonious.µ This paper analyses the accounting practice of the royal treasury (the so-called tesorería general) under Alfonso the Magnanimous (1416-58), suggesting that this office operated in continuity with Peter the Ceremonious’s stilum curie, to the extent that, during his reign, King Alfonso directly referred to the fourteenth-century regulation on several occasions. 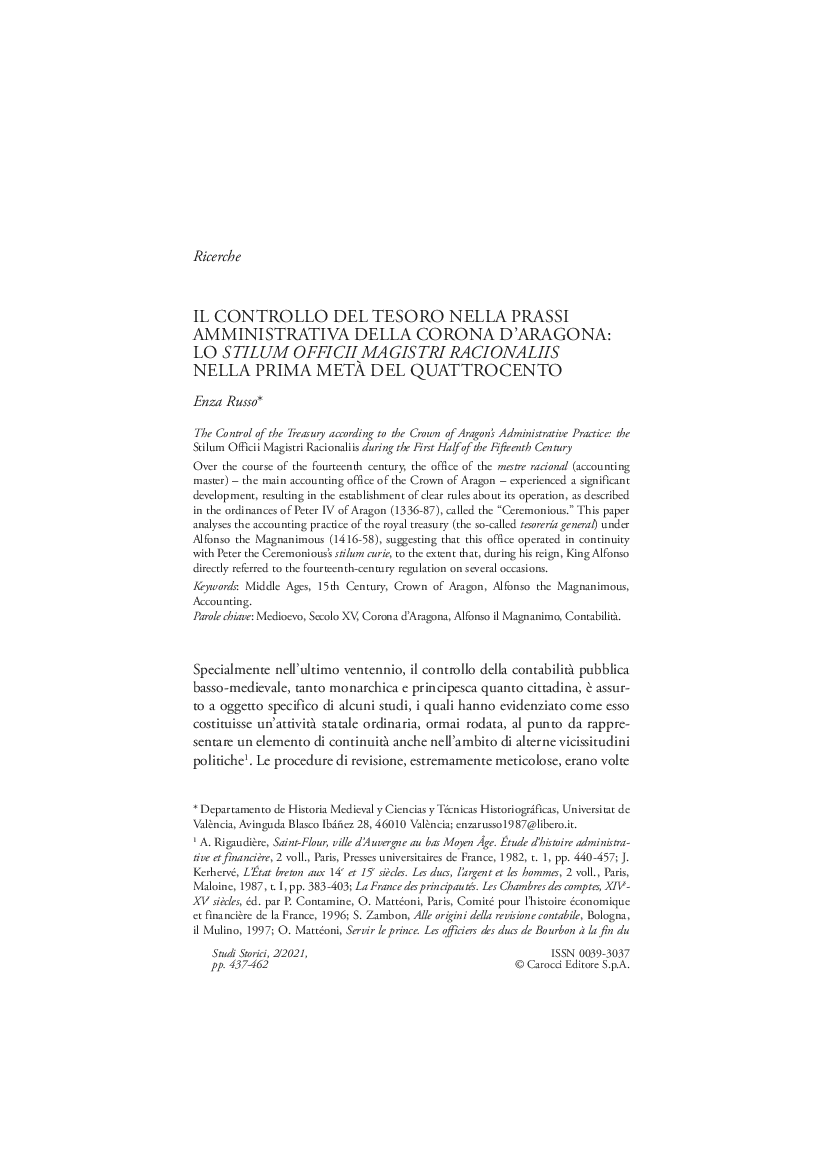