John Weber was a gallery owner and contemporary art dealer active on both coasts of the United States. Between 1960 and 1971, as director first of the Martha Jackson Gallery and then of the Dwan Gallery, he was involved in the evolutionary processes of American art, from Pop art to Post-minimalism, from Conceptual to Land art. In 1971 he inaugurated the John Weber Gallery at 420 West Broadway in New York, which survived, despite vicissitudes and transfers, until 2000. Limited to Italian artists and in a short time span, the contribution analyzes Weber’s commercial and curatorial strategies, his relationships with collectors, museums and critics. In the background, the stagnation of the American economy and the oil crisis are outlined, events that brought the art market to its knees and forced public and private institutions to a period of limitations and sacrifices. 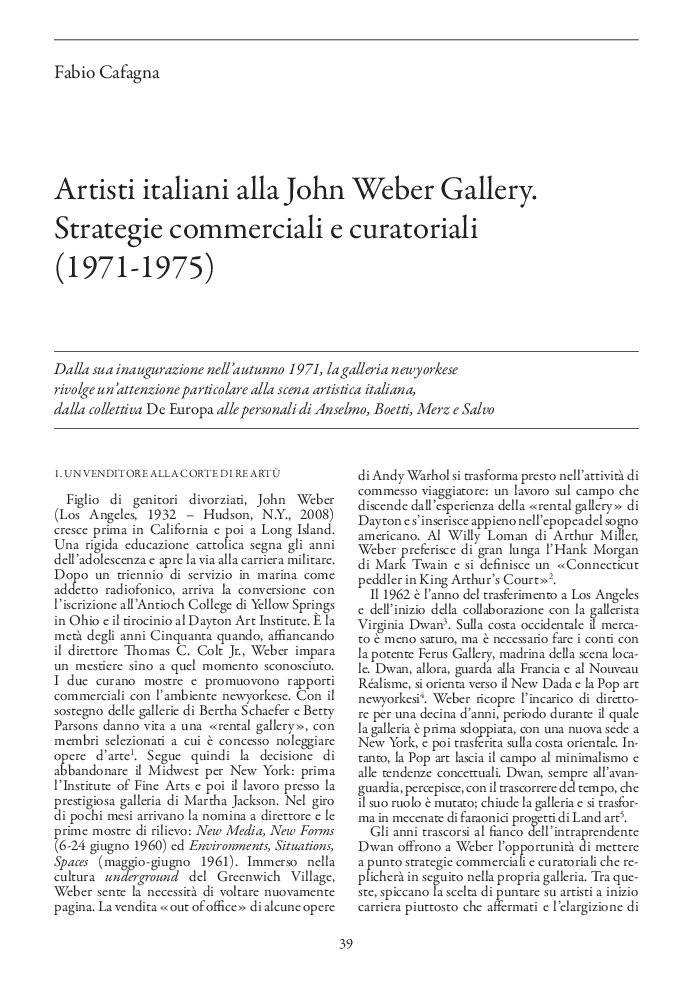