@e authors, in force of a collaboration between Roma Tre and SWJTU promoting the knowledge and fruition of Italian and Chinese heritage sites, offer a Chinese vision of cultural heritage gained by visiting five sites along the Tuo-Jang River, during their mission in Chengdu. @ey started from the ancient Daci Temple TaiKoo Li, which has maintained its original character and monastic spirit despite the radical change in the context, then arrive at the Colmar village, along the river, fully inspired by the buildings of the Upper Rhine. Strong interventions were also noticed in the Baita Temple (Huaikou), an ancient pagoda, white painted and reinforced by concrete elements. A similar fate is expected for the lively city of Shiqiao, originally accessed by an elegant stone arch. Different is the case of Wufeng where the interventions, due to the conformation of the site, make the little town a good example of enhancing the historical heritage. 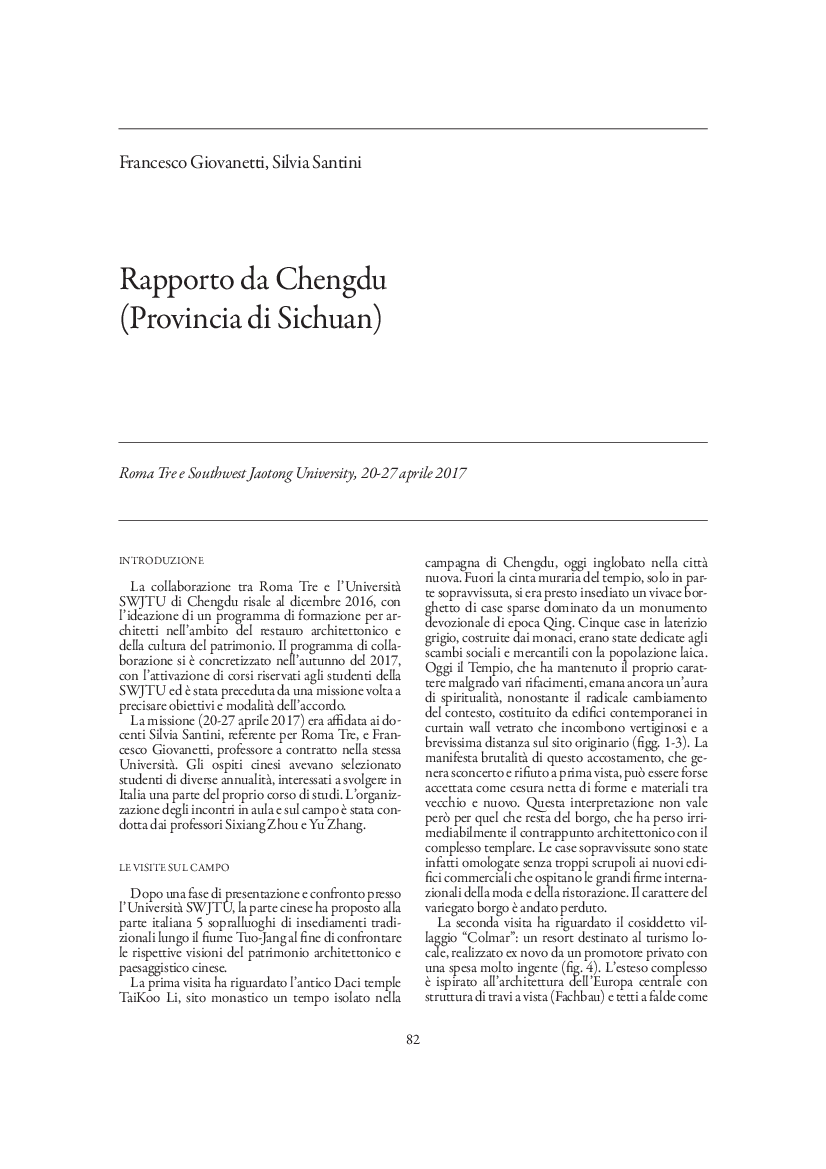