With the economic reform introduced by Deng Xiaoping in 1978 China entered a new period of modernization focused on industrialization and urbanization, entailing the destruction of many historic cities and districts. What is the role assigned to cultural heritage, and, specifically, to urban heritage, since then? >e article approaches this question by examining the historic water towns South of the Yangtze River. Following the evolution and implementation of urban conservation in some of these water towns, the authors reveal the complexity of this issue identifying different actors and their approaches: central governments policies, local interests, and the impact of academic institutions and professionals, such as Prof. Ruan Yisan and Tongji University in Shanghai. Hence, the article shows how urban heritage has been utilized from time to time to promote interests of modernization and economic development, tourist growth, integration o 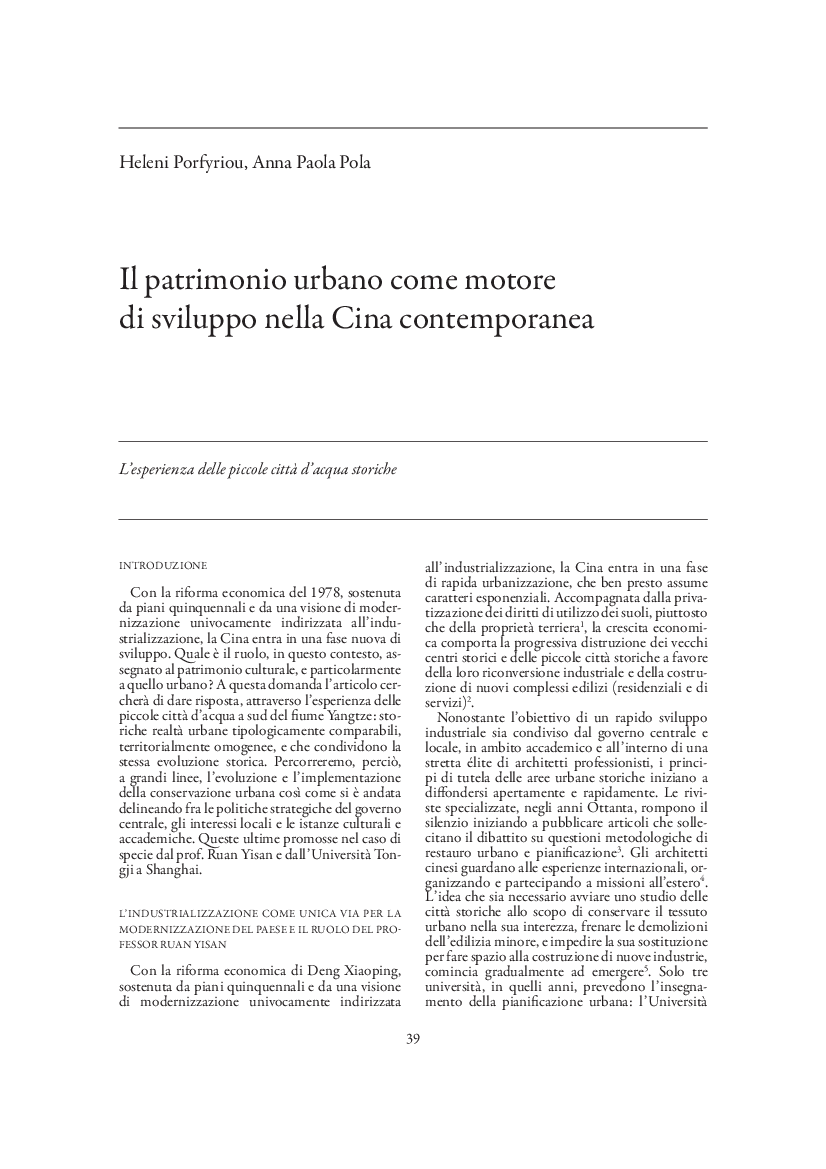