The altar for the Chigi chapel in the Cathedral of Siena was created to honor the venerated icon of the Madonna delle Grazie or del Voto; the assignment was entrusted to Gian Lorenzo Bernini by Pope Alexander VII, after he had assumed the patronage in 1660. The genesis of the architectural and decorative works lasted a long time, involving the Bernini and his team in Rome and Siena. Here, we present the rediscovered terracotta model for the bronzes and lapislazuli presented to the pope January 9, 1661 by the Bernini and Ercole Ferrata, as reported in the same diary of Alexander VII, restored for the occasion by Valeria Merlini and Daniela Storti and subjected to diagnostic investigations, carried out by Claudio Falcucci. If the compositional idea is naturally to be ascribed to the great Baroque sculptor, the material execution of the model can be associated with the name of Antonio Raggi, assiduous collaborator of Bernini in the years of the Sienese altar construction. 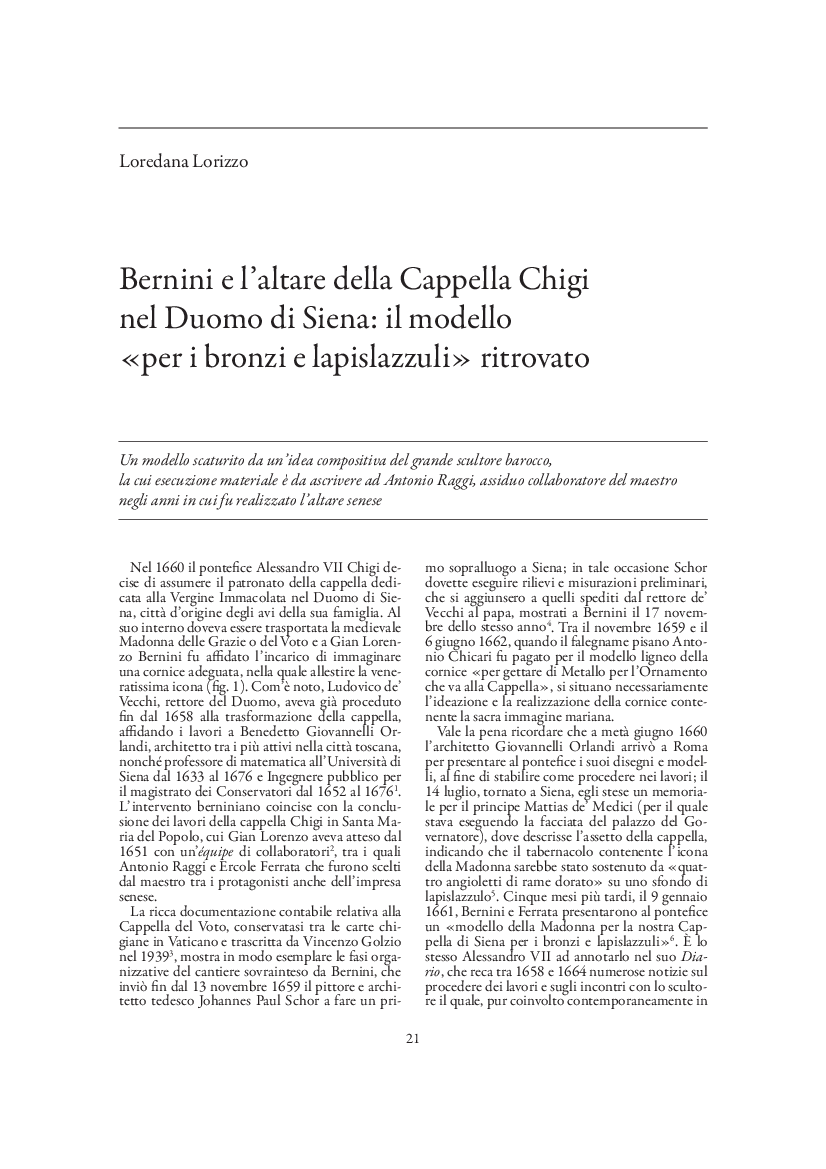