The paper describes the project for the first wholesale marketplace in Rome and summarises the main steps of its construction. Emilio Saffi (1861-1930), engineer of the Municipality of Rome, elaborated the )rst project, later approved in 1910. The construction started immediately in 1913, but due to numerous problems it ended in the late Seventies. The first project underwent radical transformation and many changes were made over time on the material to be used and the building technology and on the spatial and typological design. After the Second World War, the urban development strategies of Rome and the layout of Tesataccio-Ostiense's district also changed. In 2002, the first wholesale marketplace of the city was abandoned. Not long afterwards, the Municipality of Rome proposed a program to convert the use of building into new functions, however a restoration project, according to its historic and architectonic values, has yet to be carried out. 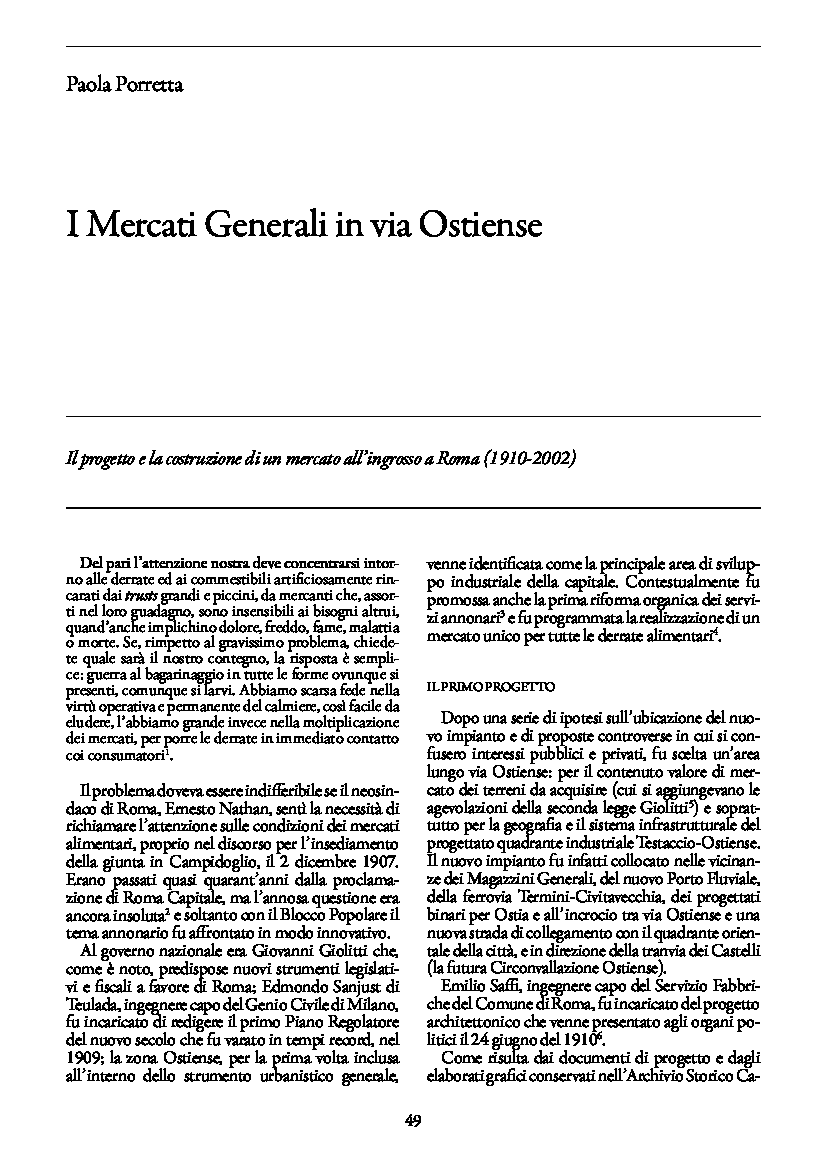