The study of the "Incarnation" by Alonso Cano, which dominates the series dedicated to the Virgin of Granada Cathedral's main chapel, highlights the profound influence of Venetian painting that the painter discovered in the Spanish Royal Collection, one especially rich in the works of Titian, as well as other works by Titian which he could only access through knowledge of engraving (Cornelis Cort). This Venetian influence did not only affect his formal, composition and iconographical solutions, but also, as the scientific analysis shows, his own technical solutions, which recall the resources used by Tintoretto. The analysis also brings to light evidence of a significant iconographical change on the canvas, unprecedented in this area: the dove of the Holy Spirit is removed and replaced by a ray of light which, since the painter had become familiar with Neoplatonic ideas in Seville, would come to illustrate the "Conceptio per aurem". 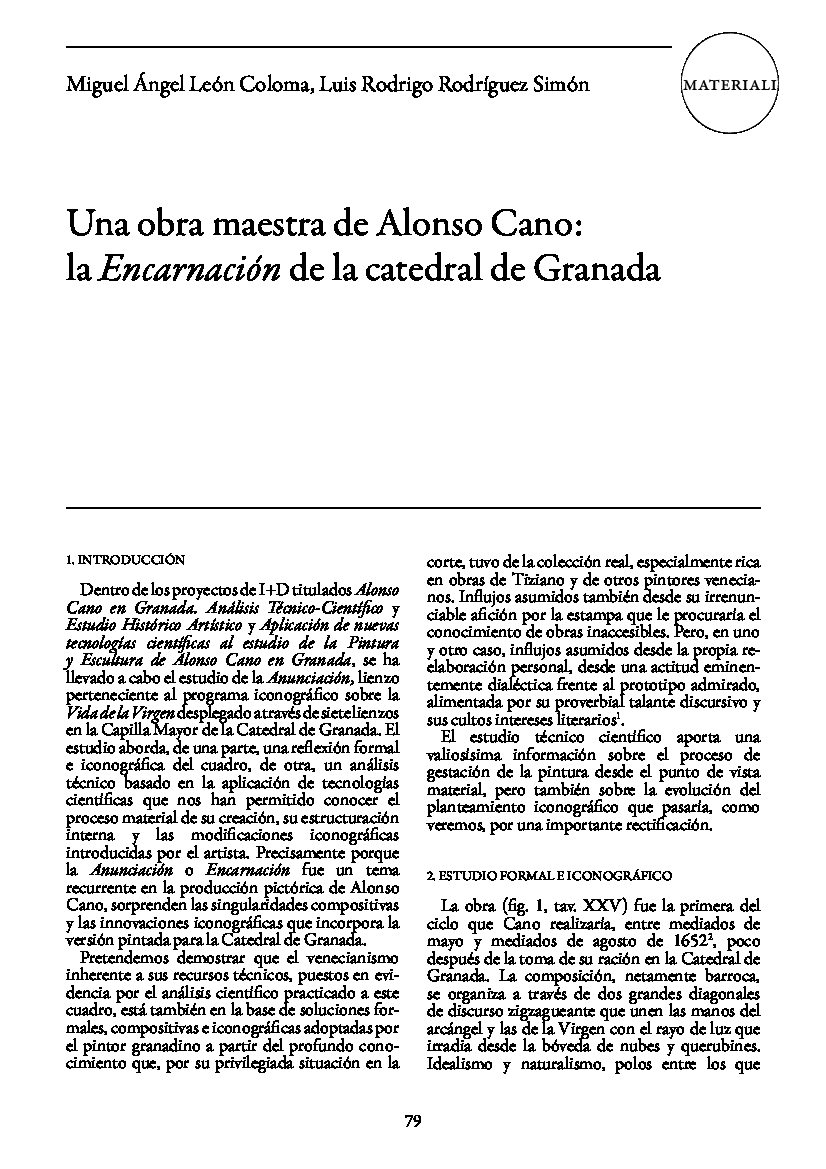