Starting with a comparison between Giacomo Manz. and Gian Lorenzo Bernini, proposed by the engraver Luigi Bartolini since 1939, the essay retraces the choices made by the Bergamo sculptor in the three years prior to this. During this time, thanks to a renewed interest in C.zanne's drawings, he managed to shake off the uncomfortable label of 'heir' to Medardo Rosso. Manz. had the opportunity to see the French master's drawings not only in Paris in the summer of 1936, but also in Basel. It was here, first and foremost, at a recently-opened exhibition, that he was able to see C.zanne's studies of eighteenth-century masters (Pajou, Pigalle) and Pierre Puget. Those of Manz.'s works exhibited at both the 1938 Venice Biennial and the 1939 Quadrennial, show the important role of sixteenth-to-eighteenth-century sculpture (for example, "Truth Unveiled" by Bernini, which had recently arrived at the Borghese, or "Dance" by Carpeaux, perhaps seen again by the sculptor in 1838 in Paris) in his artistic production during these years, crowned by the extraordinary vitality and plasticity of the "Portrait of America Vitali". 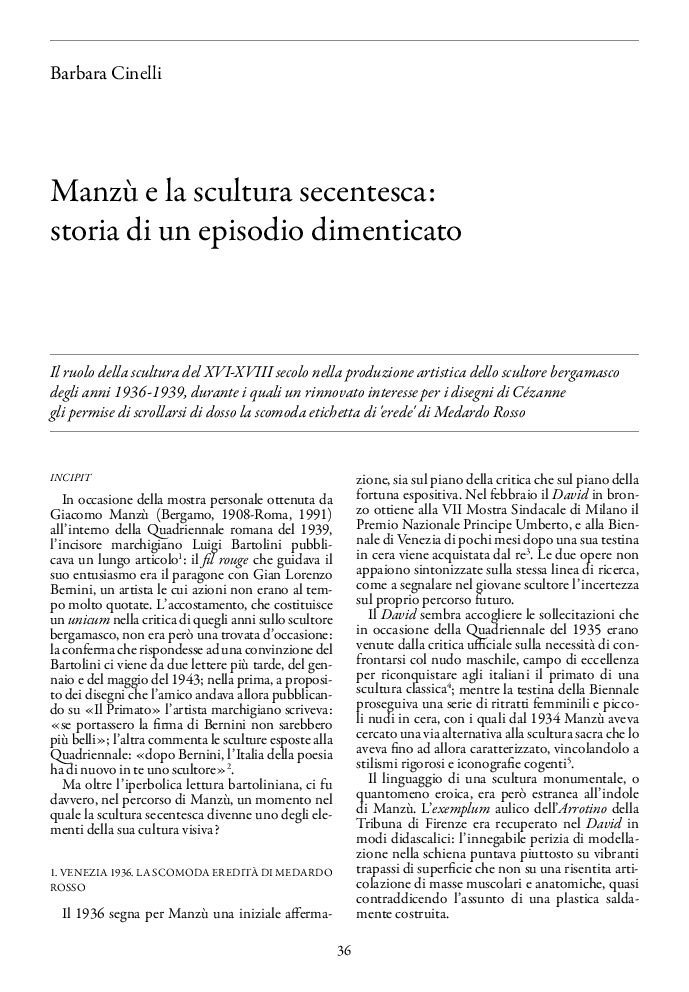