This article analyses a rarely-studied work by the French painter and theoretician Jacques-Nicolas Paillot de Montabert, a former pupil of Jacques Louis David: "Théorie du geste dans l'art de la peinture", published in 1813. In this treatise the author, relying on contemporary texts on pantomime and dance, works out the idea that gestures can be considered as a form of language proper. In particular, he claims that the gestures of characters represented in paintings should be plain, clear, and devoid of mannerism. By means of a Lessing-based approach, Paillot explains how painters could reach such effects not by imitating actors, but by drawing inspiration from scenes within ancient works of art, in which the gestures of religious rituals were represented. Hence, Paillot questions the exchanges between painters and actors, fairly spread in contemporary French culture (i.e. Pierre- Narcisse Guérin was inspired by Talma, the greatest actor of the century) and as a follower of the Barbus' group with an anti-modern and primitivistic point of view, he points out remotes and sacred gestures as a model for painting. "Théorie du geste" is the first outcome of a new theoretical thread on the power of expression of the signs 'optiques' that will be later developed in "Traité complet de la peinture" (1829). Here Paillot does not refer to gestures anymore, rather he defines the language of painting starting from its expressive means: lines, colours, the chiaroscuro, and the touch of the brush. 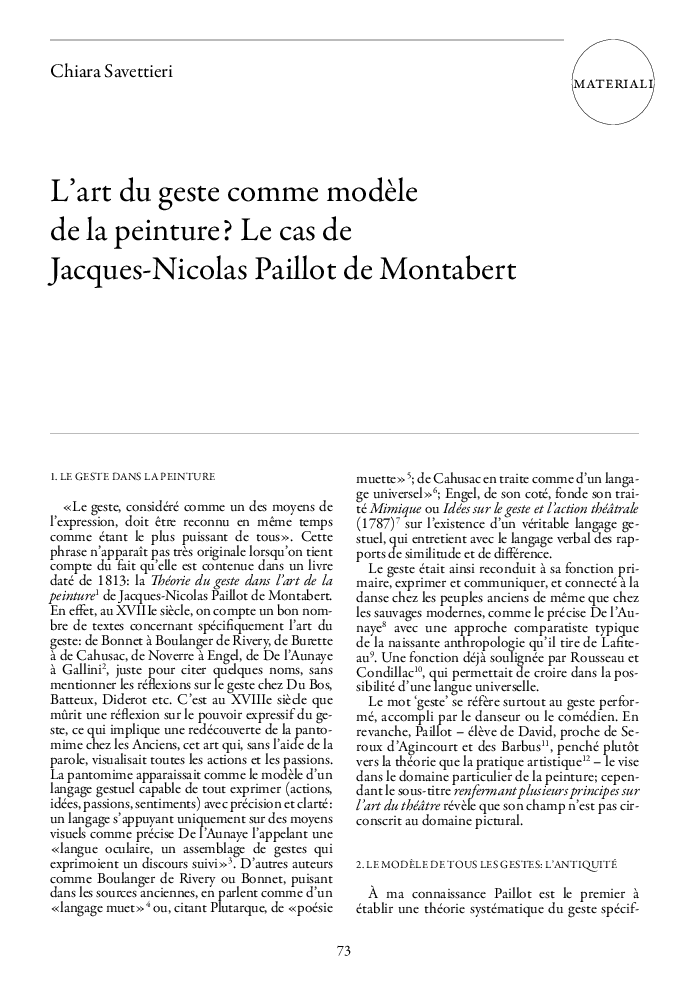