The essay analyses Enrico Castelnuovo's researching method and his original contribution to the Italian historiography on arts. Focusing on some of his essays, such as the "Matteo Giovannetti e la pittura in Provenza nel XIV secolo" (1962, re-published in 1991), the one concerning the "Vetrate Medievali" (1994) and, last, the great Trentino exhibition dedicated to "Il Gotico e le Alpi 1350-1450" (2002), we tried to highlight the intellectual path of this art historian, with particular attention to the context in which he operated. Bourdieu's 'field of art' theory, Longhi's lesson, not to mention the empathy to certain suggestions of "Les Annales" 's historiography, all of this played an important role in the masterful elaboration thanks to which Castelnuovo contributed to overhaul the simplification of the 'social history of art' (on which he wrote memorable essays). His conception turns out to be extremely different from road engaged by New Art History in the Anglo- Saxon world. One of his most significant contributions was the result of the attention he paid to geographical 'peripheries' particularly to the artistic production of the late Middle Ages, from Western Piedmont to Slovenia, passing through Savoie, Val d'Aosta, Grisons, Tyrol to Carinthia, Trentino and Friuli. Much of these territories acted a linking role between Northern and Southern Europe, as areas of exchange, transit and experimentation. 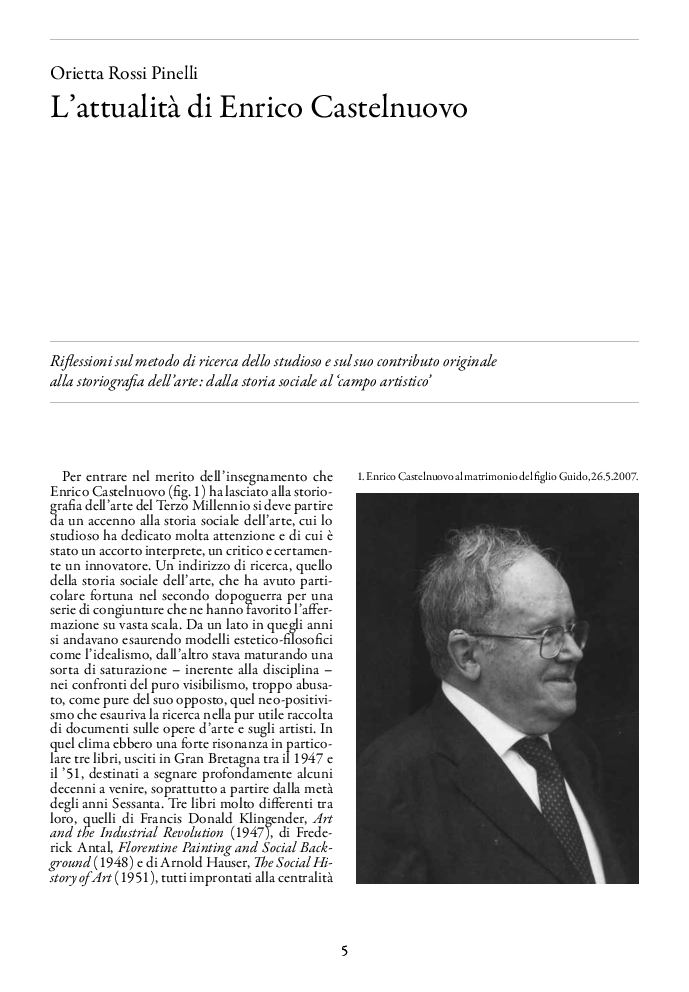