Andrea Pozzo's 1685 canvas painting meant to evoke the presence of a cupola inside the Church Sant'Ignazio di Loyola is one example of the high level achieved in those years in the field of illusory representation. The basic elements of perspective had by now been defined and obtained their purpose in pictorial practice, where still the perceptional aspect was central and on the basis of which the rules of geometric construction, when deemed necessary, were suspended. The ongoing studies on the perspective drawing of the faux dome, presented here, had as their first objective: investigate the relationship between the sketch attributed to Pozzo, the drawing published in his treatise "Perspectiva pictorum et architectorum" and the canvas; conduct an analysis of the decorative scanning of the intrados of the faux dome; identify the placement of the fundamental elements of the painted perspective (the position of the projection plane, the height of the point of view and its distance from the plane); reconstruct, with an acceptable approximation, the vertical section that generated the volumes. 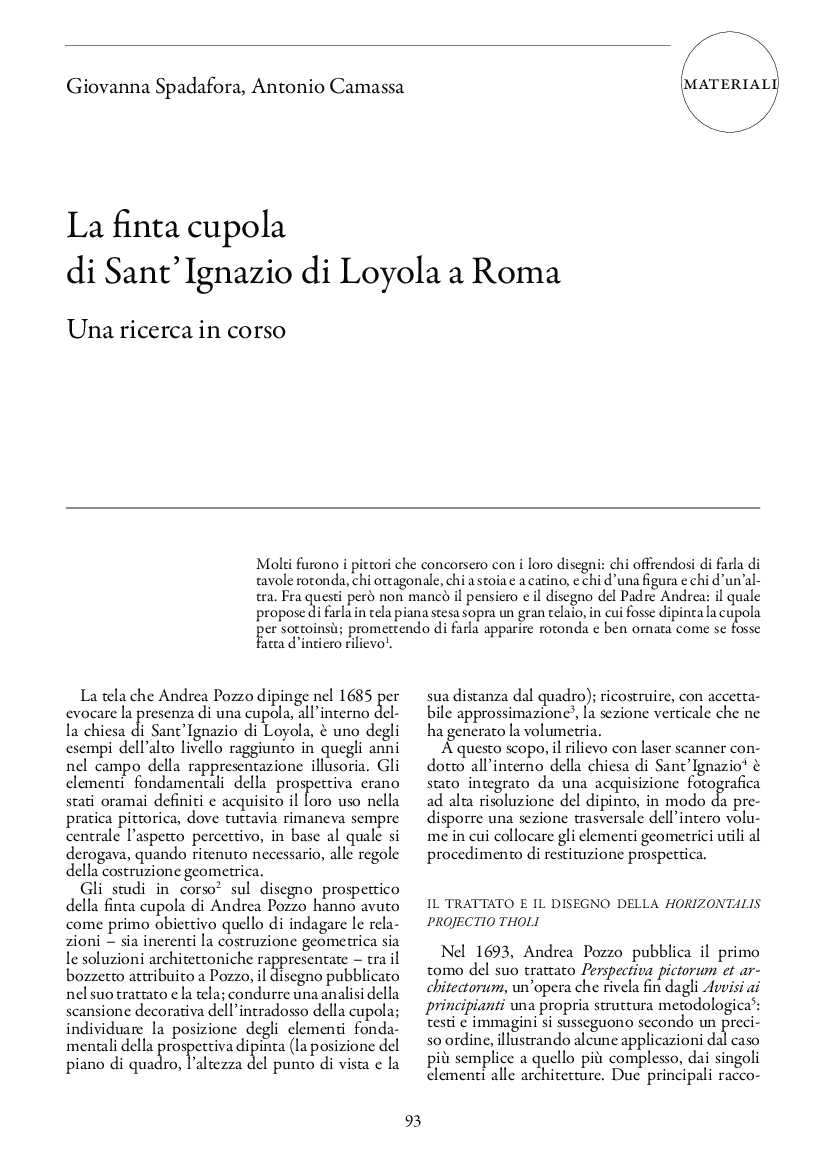