The eight issues of ≪Axis≫, an art journal edited by M. Evans Piper from 1935 to 1937, offer a significant insight into the main trends characterizing the visual arts in England between the two wars: a geometric abstraction connecting to Neoplasticism and Constructivism on the one hand, and Surrealism on the other. The year 1936 marks the moment of the closest proximity of ≪Axis≫ to the modernist ideals and, at the same time, its change of direction towards Surrealism soon leading to a renewed interest in the gothicromantic tradition and a return to figurativism. Still, at least until the autumn of 1936, another type of abstraction, an organic one, could also be found in the pages of ≪Axis≫. It was the result of the cultural blending between influences chiefly coming from an English and a French art magazine: Blast's vorticist abstraction and "Abstraction-Creation" 's surrealist components. The precarious balance between such opposite polarities is the distinguishing feature of the way ≪Axis≫ contributed to spread modernist aesthetics in Britain. 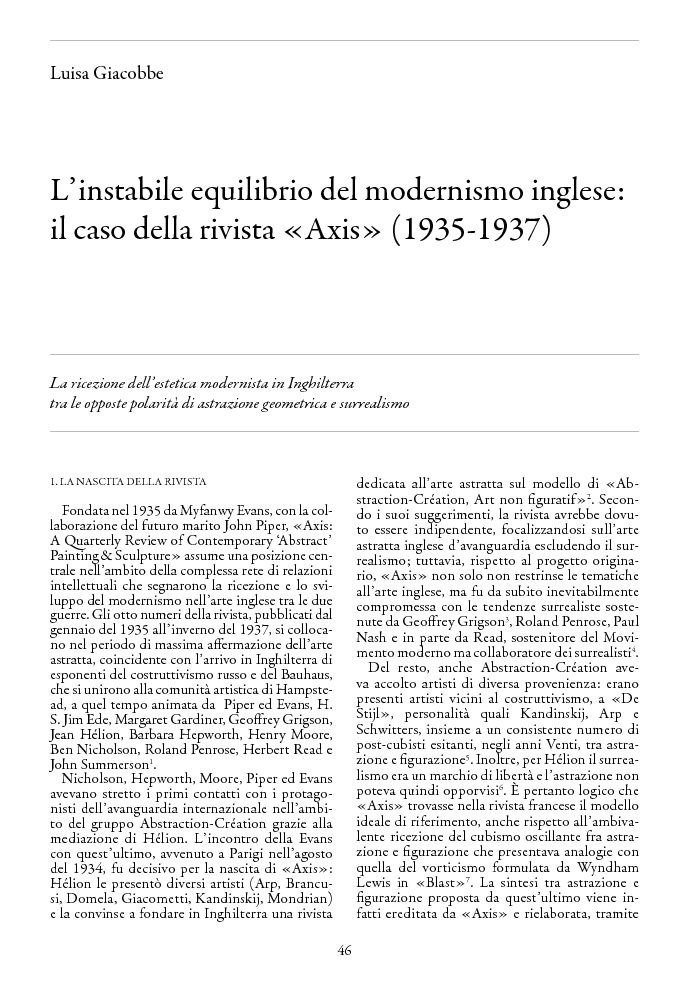