The reception of the Belvedere Mercury (Florence, Uffizi), a marble statue once in the Belvedere in Rome which Pius IV gave to Cosimo I de' Medici, and the reasons of the great fortune of that statue in Florence, in the 16th century, have not been studied. !erefore art historians have not recognized the link between that fortune and some important bronzes: a copy of the Bel"edere Mercury in Fontainebleau, the small Mercury by Willem van Tetrode (Florence, Bargello) and the large one by Giambologna, sent to Maximilian II of Habsburg. !e latter, today in a private collection in Sweden, is the first version of that famous invention; the Mercury commissioned to Giambologna by Pier Donato Cesi (Bologna, Museo Civico) was made slightly later. 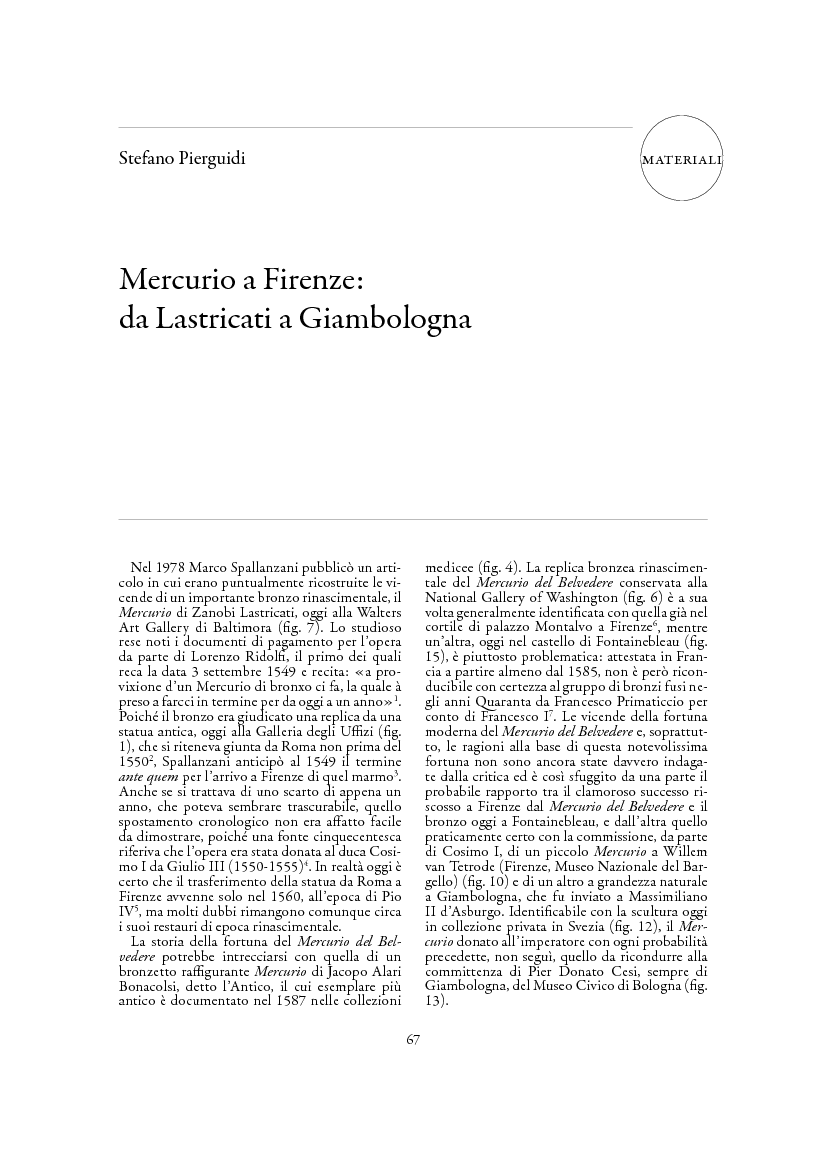