In the famous cycle of the Seasons now in Vienna$s Kunsthistorisches Museum, Jacopo Bassano has drawn inspiration by the innovations of [emish-netherlandish painters as Pieter Aertsen and Joachim Beuckelaer, adding an appropriate biblical scene in the background to the accurate naturalistic description of seasonal activities that almost entirely occupies each paintings. Also known through the prints, these Nordic cycles also circulated in Italy, such as the four paintings by Beuckelaer, now in the National Gallery in London, in which the biblical scenes in the background are added to the symbolic images of the Elements, Temperaments, Seasons and constellations of the Zodiac that determine its cyclical nature, with an intertwining of meanings that seems to have been grasped and re proposed at least in part by Jacopo Bassano. Although willing to follow the Flemish and Dutch innovations, the next generation of Italian painters avoided venturing into the ideologically more secular phase, exemplary represented by Bruegel the Elder of the Flemish Proverbs, completing the long march towards genre painting only at a later time, as seems to be demonstrated by the successors of Bruegel and Jacopo Bassano in their respective workshops, who continued to re-propose the compositions invented by the founders, but abolishing the religious scenes in the background. We time had come, even for Italian artists, to separately produce traditional religious subjects and paintings of profane subjects, which were equally if not more in demand by the market. 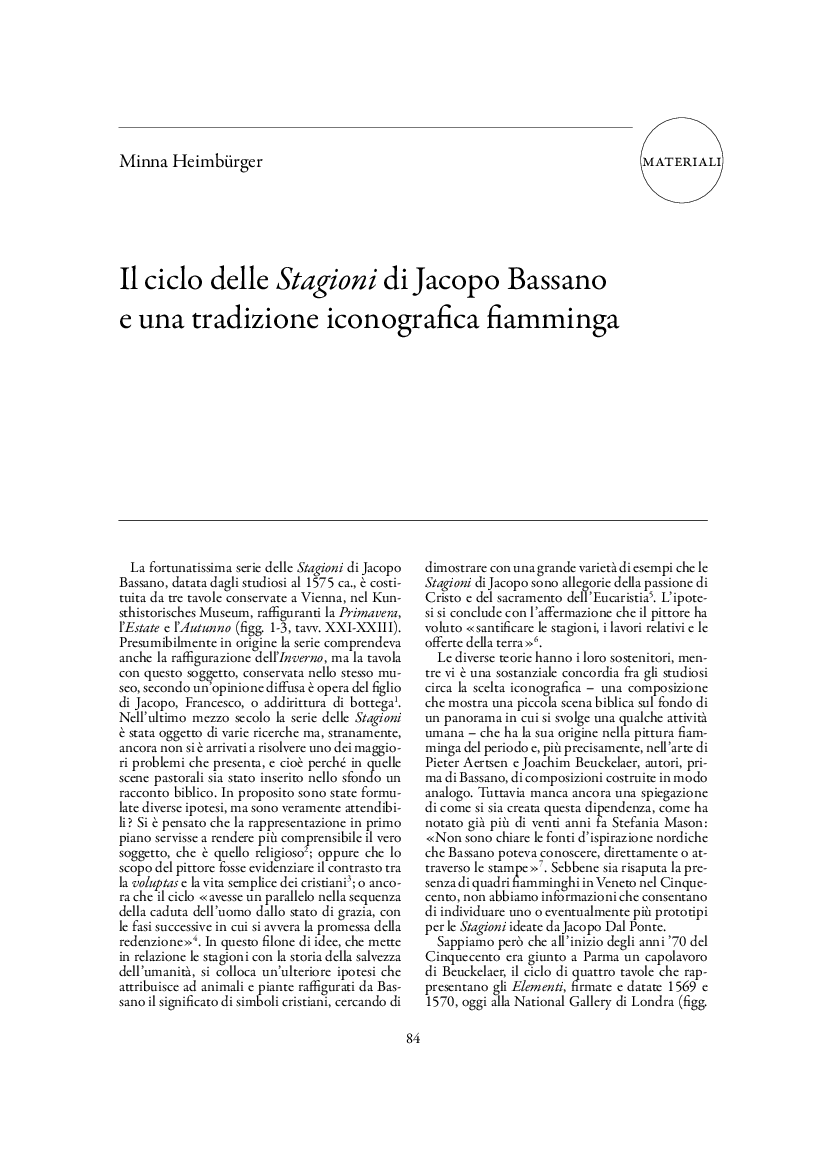