Vincenzo Baiata was one of the most brilliant of Paladini’s followers, unfortunately in obscurity for a long time. The painter is documented as living and working in Trapani, Sicily, during the early 17th century, but until now he is mostly known for the Madonna with Child, signed and dated 1611, in the Wignacourt Museum, Rabat (Malta). The author ascribes to Baiata the Virgin of Itria in the Franciscan Minors’ Friary, Valletta, because of the stylistic analogies between the !gures in the upper register and those in the signed work in Rabat. In the lower part of the Virgin of Itria, Baiata unveils a new aspect of his art with the composition in the style of Caravaggio, however adapted to the dictates of the Counter-Reformation. \e overlapping of two di%erent stylistic registers reveals in fact the pictorial trend of the time in Malta and Sicily, contended between Mannerism and Naturalism. 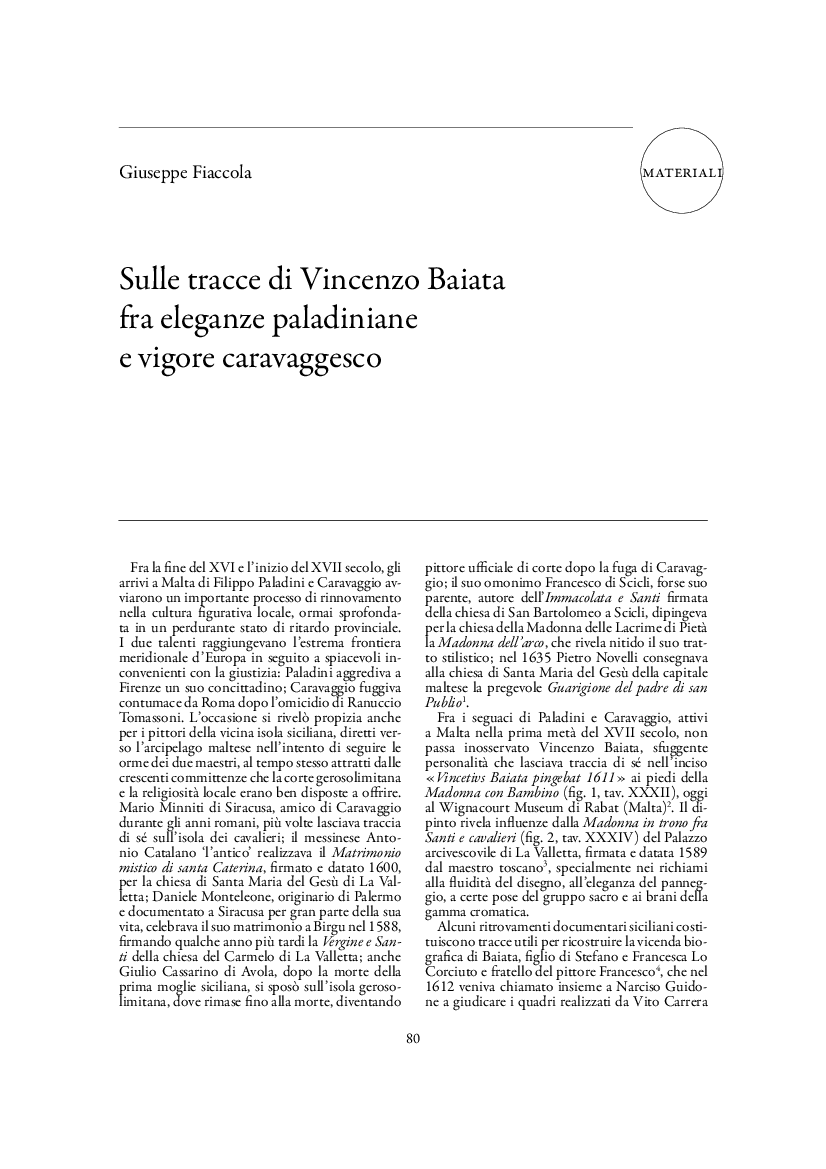