The recent restauration of the Stigmatization of St Francis by the painter Filippo da Verona in the Collezioni Comunali d’Arte in Bologna revealed, under the repaintings, the image of a nun of St. Clare. wanks to this discovery, it can now be assumed that the painting came from one of the most important monasteries in Bologna: the Abbey of SS. Naborre and Felice, one of the oldest churches of the city, which was given by Giulio II to the nuns of St. Clare on October 24, 1512 and they settled on January 16, 1513. we con#rmation of this provenance could come from the fact that Marcello Oretti in 1767 lists, among the works of art preserved in the sacristy, «Il S. Francesco di maniera antica». 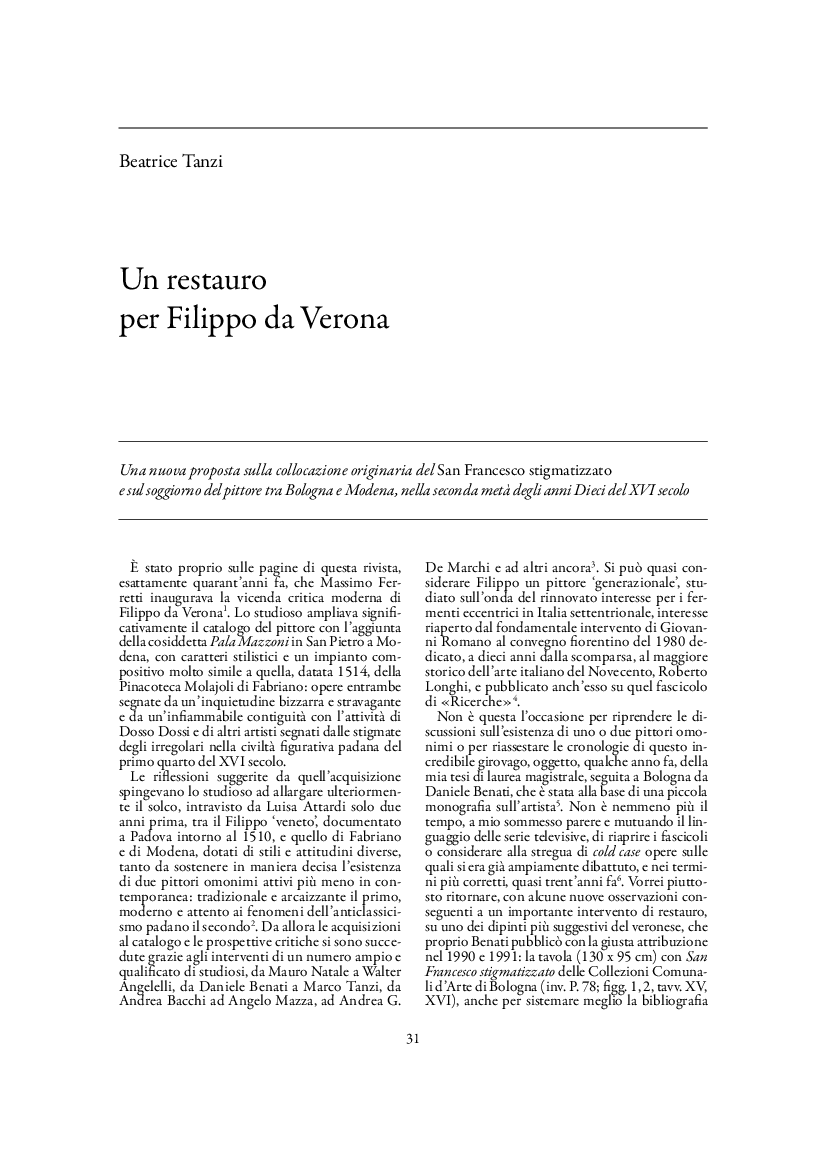