Thanks to the Diary of Memories and other documents, the author reconstructs an unpublished page in the life of the Lucchese nobleman Giuseppe Binda, who, at the beginning of the 19th century, moved between Lucca, Pisa, Livorno, Naples and Rome, sympathizing with the pre-Risorgimento ideas. Through his friendship with the Marquises Maccarani, in 1810 he was a regular visitor to Antonio Canova’s studio in Rome, and the accounts of his visits to the atelier offer new insights into the sculptor’s creative process, as he was intent on creating the Equestrian Statue of Napoleon, Napoleon as Mars the Peacekeeper and Venus Italica. In those years Binda became acquainted with the most prominent personalities in the social sphere, such as the Borghese librarian Evasio Gozzani, the abbot Giovanbattista Sartori, Canova’s brother, the scholar Leopoldo Cicognara, Juan Andrés Morell, at that time prefect of the Royal Library of Naples, and the dancer and improviser Teresa Bandettini, known as Amarilli Etrusca. Binda in his memoirs draws brief but iconic portraits of all these people. 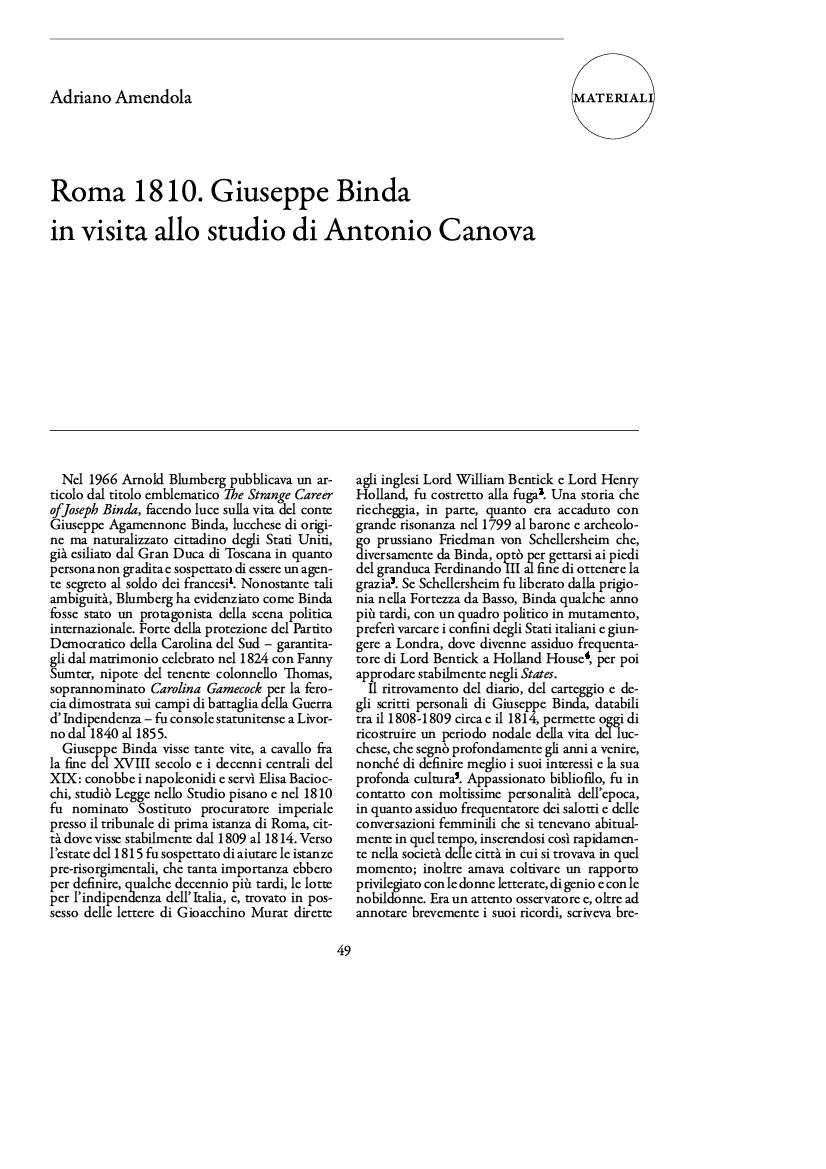