In the first five years after his return to Italy from Argentina, Fontana develops his work in a quantity of unprecedented experimental directions. In this phase, he unfolds his sign from the small two-dimensional scale of the sheet of paper to the enormous, environmental, and three-dimensional scale of the neon structure for the 9th Milan Triennale (1951). Sign plays a fundamental role in giving articulation to the void and in breaking the traditional boundaries between painting and sculpture. The paper asks questions about aspects of continuity and change in Fontana’s conception of sign between the 1930s and the immediate post-war years; about the relationship between sign and gesture, and about the specific quality of Fontana’s mark; about the functions, never descriptive but always (broadly speaking) projectual, played by sign in Fontana’s work; and, especially, about the new role assumed by sign in the new ‘spatial’ conception of his art. 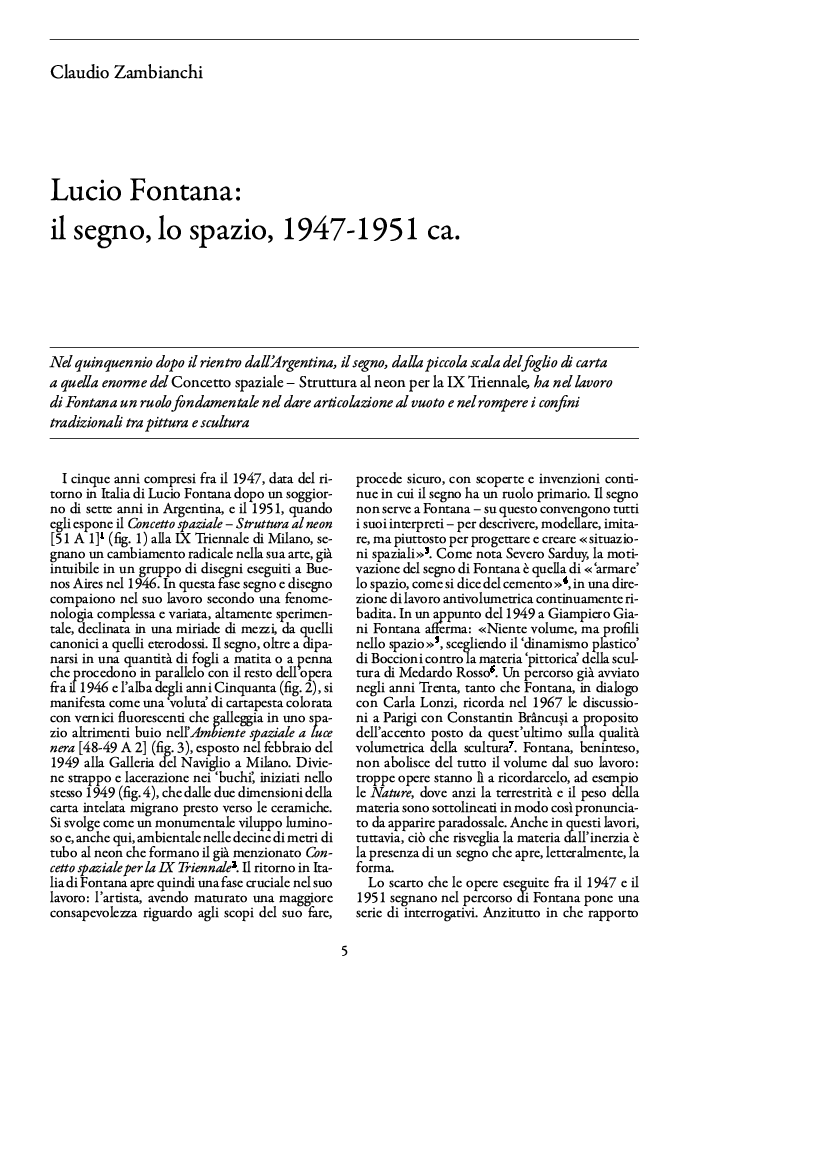