In the relation between tolerance and space, the first term is usually considered as problematic, whereas the second would deserve little investigation. The main point, in this article, is that space is, instead, highly problematic and complex as well, and this problematic nature acts back on the concept of tolerance itself. Space is regarded just as a physical entity, i.e. land and buildings; tolerance as some form of acceptance of plural conceptions of the good and life styles of different individuals. More specifically, the concept of tolerance is paralleled to a mix of personal fundamental freedoms (the freedom of conscience, religion, expression, and so on) to be guaranteed for individuals considered as ends per se, i.e. moral autonomous entities deserving respect as such. The article deals with what the public actor has to do in order to guarantee tolerance in such a perspective. To do this, it provides six typologies of urban spaces based on property regime, in a range from fee simple absolute property to open access public property. The discussion focuses on a mid-term of the range, which is not full private nor full public, designing a new topography of tolerance in urban spaces. 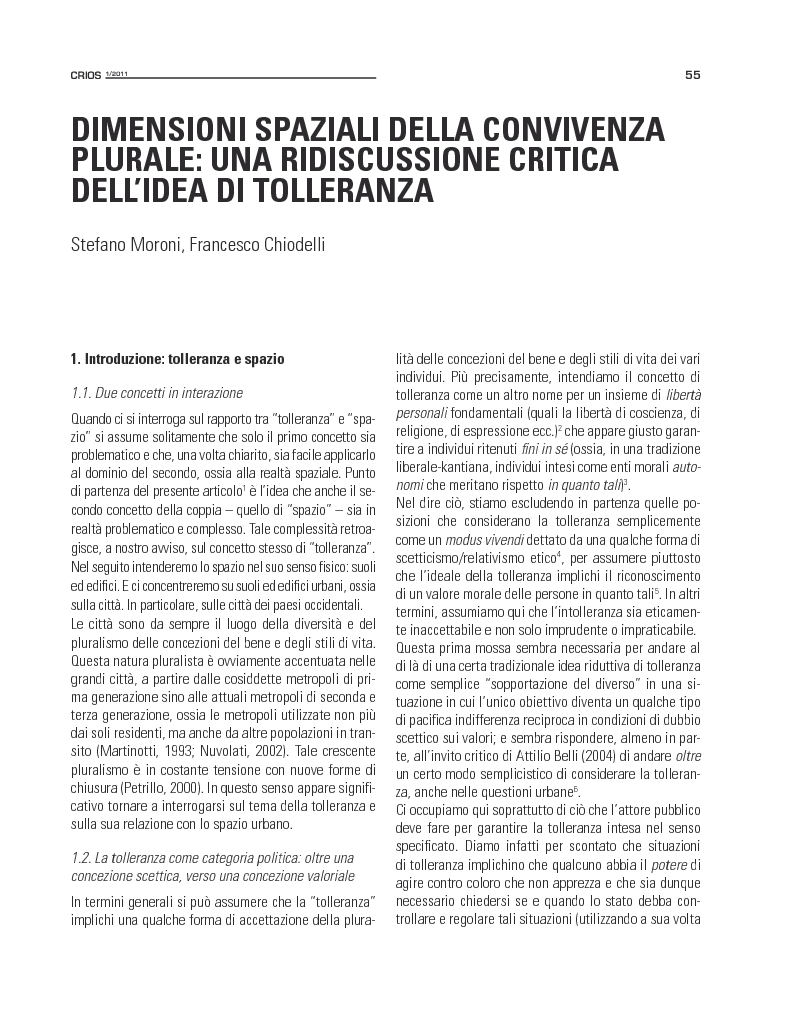