Mind and city are equivalent machines. In both cases, works the basic rule of the theory of extended mind: environment counts to address knowledge. For more traditional cognitive science, inspired by artificial intelligence, mind is a semantic mechanism given its syntactic devices, based on strings codifying mental representations generated through physical structures of the brain. Switching from the mind to the city and the rules underlying urban mechanisms, the focus is on the physical structure of the city and the ways it influences the production of our thoughts and actions. To support this idea, the author evokes the medieval history of Bologna as a university venue: only after scholars came from all over Europe to study there, the Commune could develop, social relationships flourished, as well as trade. The analogy between mind and city is further developed discussing St. Augustine's idea of the celestial city as an entity where urbs and civitas are never perfectly overlapping, but always coexisting in a problematic way. 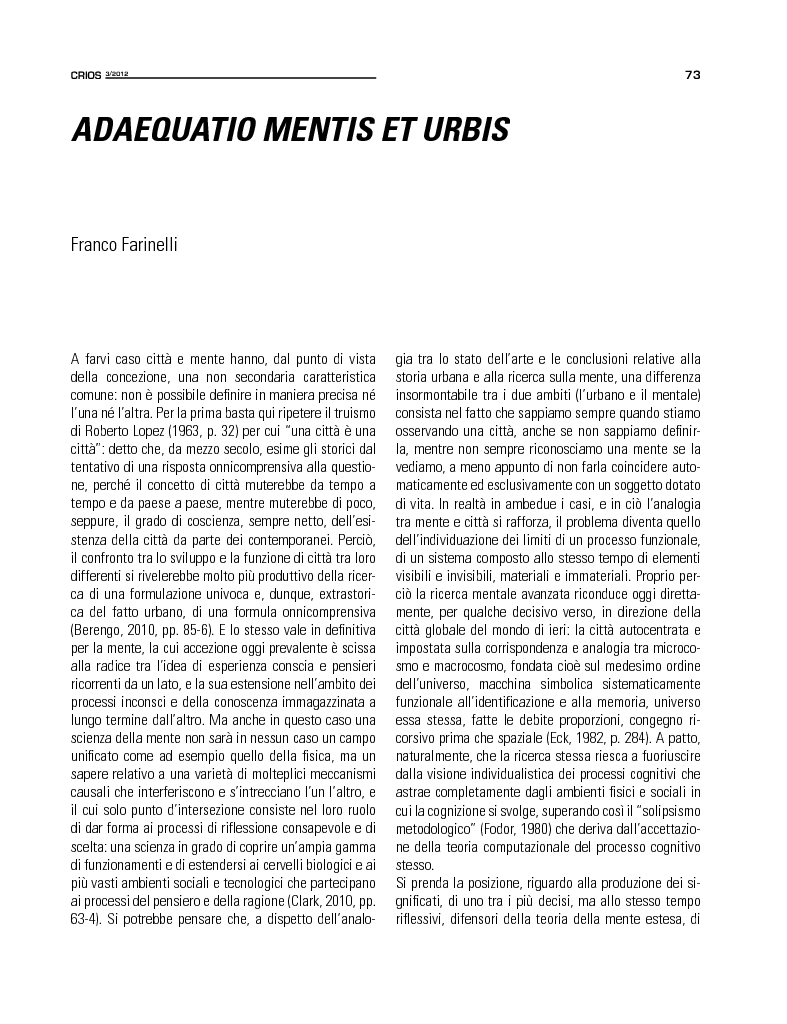