Planning is any form of rational government of urban transformations provided with foresight capacities, a strategic vision, a model of governance, an idea of the nature of urban processes and their evolution. The unsolved question is if planning is capable to govern cities and territories as it would aim to do. Beyond its inner weakness (uncertain paradigm) and outer weakness (challenges from strong external powers aiming at privatizing goods and commons), the object itself of planning has changed. The big city or the big sprawl are uncertain objects, rising more doubts than certainties. It's not casual if great part of urban planning focuses on micro-projects giving the intractability of the system for granted. Post-urban or meta-politan processes are unlikely and planning dealing with them seems desperate. That's why unlikely planning has to turn into planning the unlikely, anticipation of future states of the world, adaptation to current processes, mitigation of their negative impacts. In the society of knowledge there's conflict between ideas, principles, classes. Government deals with macro-processes, based on structural investments, as well as micro issues. Social cohesion and distributive justice, at the local level, are crucial. The post-democratic city is also post-political, as the cities are full of promises still unfulfilled. It is impossible to foresee, but the tension to the future is to be kept alive. 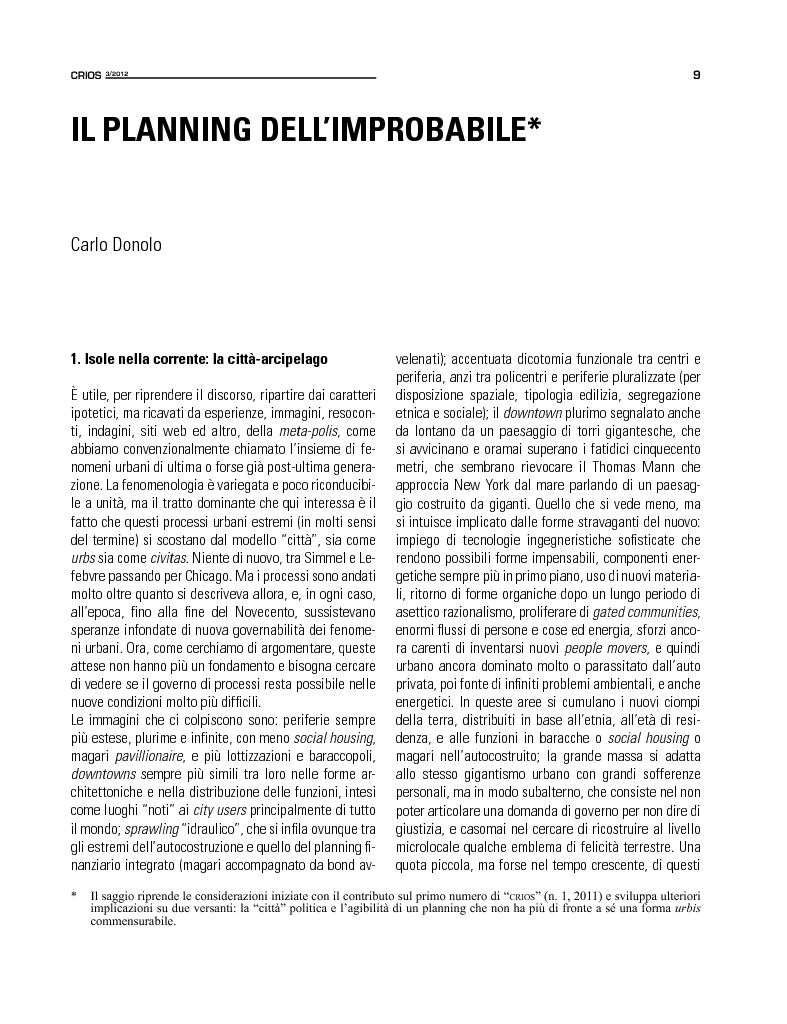