This article tries to address the following questions: which national apparatuses, cultural forces and social institutions have made a move to oppose the proliferation of pornography? What are, on a national level, the policies of the single nation-states towards it? The title of the article comes from the official statements of the Government of Québec, through its Régie du cinéma: "Since the mid 1960s, censorship is no longer practised in Québec. [...] However, when the Régie believes that a film presents a real danger to the public good, especially in terms of obscenity, it reserves the right to refuse classification. In such cases, the showing, sale and rental of the film are prohibited". The question is: when does obscenity cause a "real danger to the public good"? The Government asserts that it happens with films involving "non-fictional violence, cruelty and dehumanization of the protagonists." Interestingly, the complete official statements use theoretical tools that seem to be taken from André Bazin's theories, namely the concepts of "photographic evidence" and "film ontology", to address this issues. Starting from this use of these notions by the Régie du cinema, the author will investigate the ontological argument applied to pornography, using an interdisciplinary approach: ethics of care, history of film techniques, and analytical philosophy. 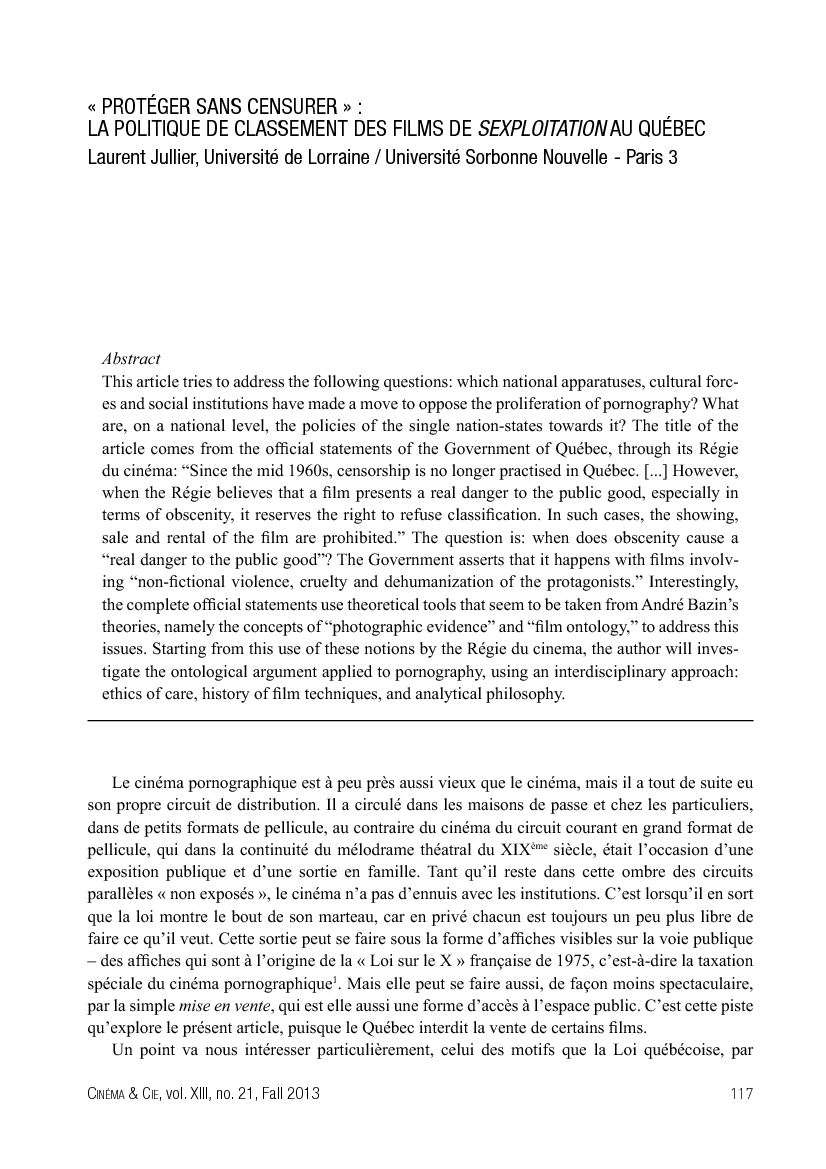