This essay will try to present the theoretical-conceptual points of a research route which concerns cinema's modes of being in the "wider field" of art, in the form that is ontologically most distant from itself and which, nevertheless, acts with an intense "cinematic" performative force and a high degree of "modelling" impact. It is a complex modality which manifests itself through the "format" of installation where "the cinema," starting from the discursive nucleus of the installed "work," triggers, among the heterogeneous and disconnected elements that it might be composed of (sculptures, photographs, videos, objects), a series of relations regarding which it maintains a double utterance location: "internal" because it is one of the compositional elements (among others) and "external" because through it the performative path, which implicates the critical action in the spectator-visitor, is activated and revealed. 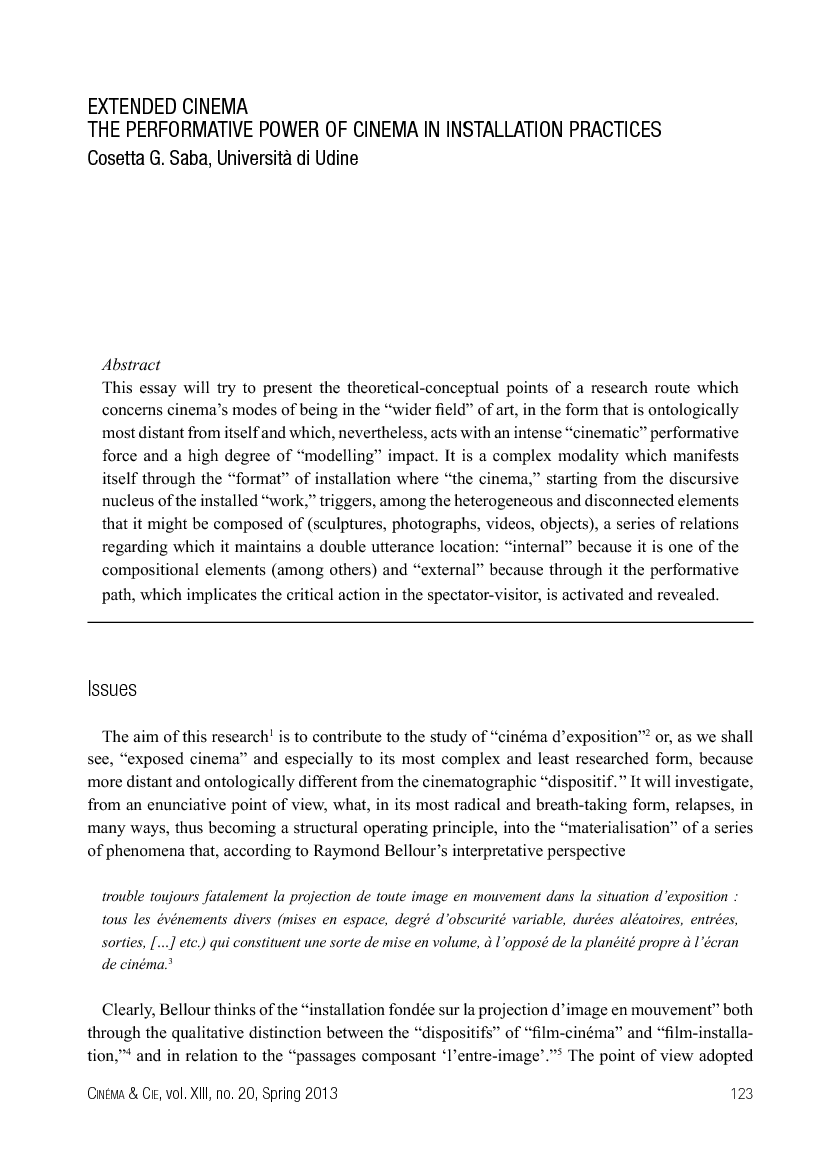